Association of American Railroads
The Association of American Railroads (AAR) is an industry trade group representing primarily the major freight railroads of North America (Canada, Mexico and the United States). Amtrak and some regional commuter railroads are also members. Smaller freight railroads are typically represented by the American Short Line and Regional Railroad Association (ASLRRA), although some smaller railroads and railroad holding companies are also members of the AAR. The AAR also has two associate member programs, and most associate members are suppliers to the railroad industry.

Creation
AAR was created October 12, 1934 by the merger of five industry-related groups:

Facilities and subsidiaries
The AAR is headquartered in Washington, D.C. not far from the Capitol. Its information technology subsidiary, Railinc, is based in Cary, North Carolina. Railinc IT systems and information services, including the Umler system, the Interline Settlement System and Embargoes system are an integral part of the North American rail infrastructure. Railinc delivers approximately nine million messages each day over its EDI network, including transportation waybills, advance train consists, blocking requests and responses and trip plans. Its applications support railroads, equipment owners and rail industry suppliers along every link of the supply chain. The company maintains the only industry-accepted version of the North American railroad industry's official code tables. Beginning as an information technology department within the Association of American Railroads (AAR), the company was established as a wholly owned, for-profit subsidiary of the AAR in 1999.

Another subsidiary, the Transportation Technology Center, Inc. (TTCI), operates and maintains the Transportation Technology Center, a 52-square-mile (130 km2) facility 21 miles (34 km) northeast of Pueblo, Colorado, that is owned by the United States Department of Transportation. The facility is under a care, custody and control contract with the Federal Railroad Administration. TTCI has an array of specialized testing facilities and tracks. The site enables testing of freight and passenger rolling stock, vehicle and track components, and safety devices.

Functions
Where appropriate, the AAR represents its members' interests to the public at large and to Congress and government regulators in particular. The AAR works to improve the efficiency, safety and service of the railroad industry, such as through its responsibility for the industry's interchange rules and equipment specifications, e.g. for locomotive multiple unit control.

One of the AAR's duties is to oversee the assignment of reporting marks – two to four letter codes that uniquely identify the owner of any piece of railroad rolling stock or intermodal freight transport equipment (trailers, semi-trailers, containers, etc.) that can be carried on a railroad.

Personnel
As of 2013 the president of AAR is Edward R. Hamberger. In addition to the President's Office and Administration & Finance Departments, the Washington office also has Communications, Law, Government Affairs, Policy & Economics, and Safety & Operations departments.

Reports
In November 2013 the AAR urged the U.S. Pipeline and Hazardous Materials Safety Administration (PHMSA) to press for improved tank car safety by requiring all tank cars used to transport flammable liquids to be retrofitted or phased out, and new cars be built to more stringent standards. 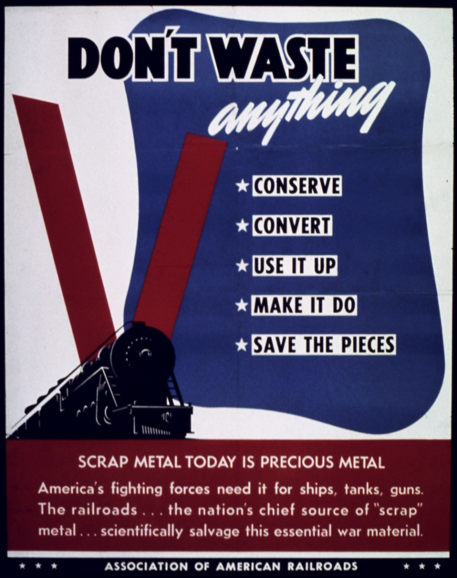