History
Amtrak introduced the two trains on October 26, 1980, in partnership with the state of Missouri, which provided a yearly subsidy of $484,000. It ran along what was the western leg of Amtrak's National Limited, which ran from New York City to Kansas City. That train, in turn, was the successor of the famed Spirit of St. Louis, which had run from 1927 to 1971.

When the National Limited was discontinued due to budget cuts, Missouri officials feared the loss of a rail link between the state's two major cities. They urged Amtrak to preserve a regional service for the state.

The Mules supplemented the Ann Rutledge, which provided a daily round-trip between Kansas City and Chicago via St. Louis. The eastbound train was known as the St. Louis Mule; the westbound train was called the Kansas City Mule. Contemporary news accounts referred to the combined service as the "Missouri Mule", although Amtrak timetables used the individual names.

The Mules originally stopped at Kirkwood, Jefferson City, Sedalia and Warrensburg, Missouri. Amtrak added Lee's Summit and Washington as flag stops in April 1981 on a one-year trial basis; Lee's Summit was retained in 1982 while Washington was dropped late 1981 in favor of Independence. Amtrak reinstated Washington on the October 29, 1995 timetable for another one-year trial period; this time Amtrak retained the stop. Hermann became a permanent stop on September 28, 1991. Trains had previously stopped only during Hermann's annual Maifest and Octoberfest.

Between April 29, 1984 and November 4, 1993 the Mules operated with the River Cities, a St. Louis section of the City of New Orleans. Additional cars were added between St. Louis and Carbondale, Illinois, which it connected with the New Orleans-bound train. A funding crisis caused Amtrak to discontinue the Mules between April 1 and July 1, 1995.

Because the tracks are owned by Union Pacific (UP), freight trains have priority over passenger trains. This often resulted in severe delays for Amtrak, such as those seen in May 2007, when the Missouri Department of Transportation blamed UP for the disruptions. 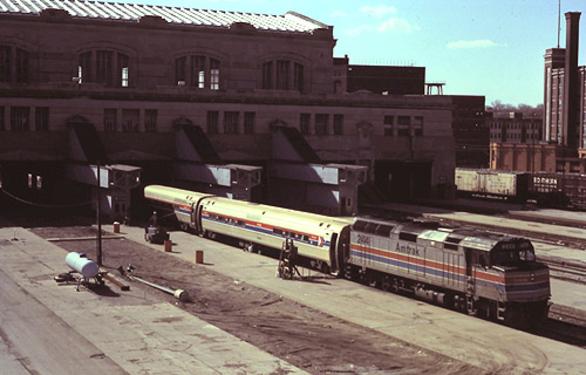 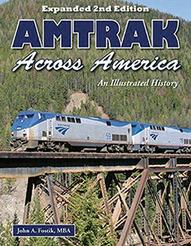