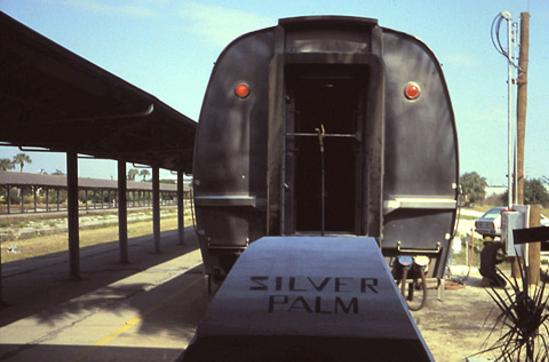 The Silver Palm on its inaugural run in 1982. An EMD F40PHR leads an Amfleet consist.

Silver Palm
The Silver Palm is the name of two former passenger trains operated by Amtrak serving the state of Florida. The original  Silver Palm was an intrastate train, operating between Miami and Tampa. Service began in 1982 and ended in 1985. The second was an extension of the existing Palmetto service in the late 1990s.

History
Intrastate train
Amtrak introduced the first Silver Palm as a single round trip service between Miami and Tampa, Florida, on November 21, 1982. The train was subsidized by the Florida Department of Transportation as a 403(b) service. The train operated over the tracks of the Seaboard System Railroad between Miami and Tampa via Auburndale. The northbound train departed Miami in the morning and returned from Tampa in the afternoon. Travel time was approximately five hours in each direction. A bus connection was provided between Winter Haven and Orlando. The Silver Palm was the first intrastate train to use the then-new Amfleet II coaches. The initial consist was two coaches and a cafe car.

After a two-year trial the Florida Department of Transportation recommended ending subsidies for the Silver Palm. State law required that state-sponsored services maintain a farebox ratio of 60% to continue funding. FDOT announced on October 20, 1984 that the Silver Palm's ratio was 45.3%. The Florida Coalition of Rail Passengers sued the state, arguing that the Department of Transportation had calculated the operating ratio incorrectly, and won at the district court level. This decision was overturned on appeal by the Florida First District Court of Appeal on March 28, 1985. The Silver Palm was discontinued on April 30, 1985.

Long-distance train
The second Silver Palm was a long-distance passenger train between New York, New York, and Miami, Florida. This was a revival of the Palmetto, which Amtrak had discontinued on April 1, 1995. Service began on November 10, 1996. Amtrak restored the Palmetto name on May 1, 2002, after the train lost sleeping and dining car service. 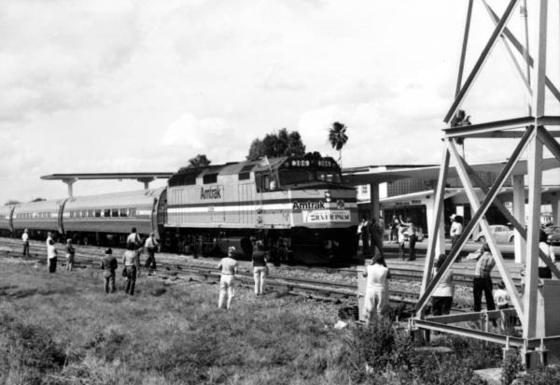 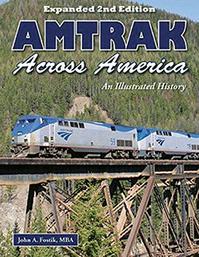