Amtrak's Sunset Limited
The Sunset Limited is a passenger train that for most of its history has run between New Orleans, Louisiana, and Los Angeles, California, over the nation's second transcontinental route.

Both passenger totals and revenues have shown a steady improvement in recent years. During fiscal year 2014, the Sunset Limited carried 105,000 passengers, an increase of 2.1% over FY2013, even as the total for all long-distance service declined that year. But held back by running only three days a week (one of only two of Amtrak's 15 long-distance trains that are not at least daily, the other being the Cardinal), the Sunset Limited carried the fewest passengers of any Amtrak train. For FY2014, it had a total revenue of $12,598,000, giving it a 2.6% increase over FY2013.

Route
West of New Orleans, the route was owned by the Southern Pacific Railroad and is now owned by the BNSF Railway and the Union Pacific Railroad. The name Sunset Limited traces its origins to the Galveston, Harrisburg and San Antonio Railway, which was known as the Sunset Route as early as 1874. On the portion of the route east of New Orleans, service was suspended after Hurricane Katrina. Those tracks, between New Orleans and Florida, include parts of the Atlantic Coast Line Railroad, the Seaboard Air Line Railroad, and the Louisville and Nashville Railroad—all now owned by CSX Transportation. Currently, the segment of the former Atlantic Coast Line Railroad between DeLand and Orlando is owned by Central Florida Rail Corridor (CFRC) as of 2014.

The train uses the following route segments, identified here by the names of their original owners:

Timetable notes
Service on the Sunset Limited between New Orleans and Florida has been suspended. The rail line in the path of Hurricane Katrina east of New Orleans was washed out. The operating railroad CSX restored the line itself between New Orleans and Jacksonville. However, at the time in 2006 Amtrak said it was deemed too expensive to rebuild to modern passenger rail standards. Amtrak identifies the route as suspended. In 2016 Amtrak has proposed to return the Sunset Limited back into Florida in the near future.

At San Antonio, the Sunset Limited train and Texas Eagle (Trains 421/422) thru-cars are combined for the journey westward and split eastward.

A highlight of the trip is the crossing of the Huey P. Long Bridge just west of New Orleans. The bridge is one of the longest railroad bridges in the United States, at 4.5 miles (7.2 km); it takes the train 135 feet (41 m) above the Mississippi River.

Before the start of Amtrak on May 1, 1971, the Sunset Limited was operated by the Southern Pacific Railroad. The Sunset Limited is the oldest named train in the United States, operating since November 1894, along the sunset route (though originally named the Sunset Express). The Sunset Route (originating in New Orleans) is the southernmost of the three gateways to the West Coast, envisioned through the Transcontinental Railroad Act. The other two were Chicago IL, and St. Louis, MO. The advantages of the Sunset Route were that unlike the other two, it did not have to assault the front range of the Rockies; and, was an all-weather, year-round route that didn’t face the crippling snows of the Wasatch or Sierra mountain ranges, to reach the Pacific coast.

Amtrak retained the Sunset unchanged, while it dropped the Gulf Wind, which was operated between New Orleans and Jacksonville, Florida, by the Louisville and Nashville Railroad and the Seaboard Coast Line Railroad (previously the Seaboard Air Line Railroad).

The tracks between New Orleans and Jacksonville remained unused by passenger trains until April 29, 1984, when an Amtrak train called the Gulf Coast Limited, running between New Orleans and Mobile, Alabama, began service, seeking to regenerate some form of regional intercity rail traffic between large cities, outside the Northeast. However, this train only lasted until January 6, 1985. Almost five years later, on October 27, 1989, the track segment between Mobile and Flomaton, Alabama, came into passenger train use as part of the route of the Gulf Breeze. This was another attempt to regenerate regional inter-city rail traffic, this time between Birmingham, Alabama, and Mobile. The train was actually a reestablishment of the Mobile section of Amtrak's New York City—New Orleans Crescent. It branched from the Crescent's route at Birmingham, turning south toward Montgomery, Flomaton, and terminating in Mobile. The Gulf Breeze was discontinued in 1995.

Meanwhile, on April 4, 1993, the entire New Orleans—Jacksonville route reestablished passenger train service with the extension of the Sunset Limited to Miami, using the route of Amtrak's Silver Meteor south of Jacksonville. It was serviced at Amtrak's Hialeah yards for the return trip but schedule unreliability caused the Sunset Limited's eastern endpoint to be shortened to Orlando, with the train deadheaded (operated empty) between Orlando and Sanford for servicing. Sanford was, and still is, the servicing point for Amtrak's Auto Train.

On September 22, 1993, the locomotives and some cars of the eastbound Sunset Limited derailed and fell off a damaged bridge into water near Mobile, in Amtrak's worst train wreck, the Big Bayou Canot train disaster. Sadly, 47 people perished in the tragic incident.

On October 9, 1995, saboteurs derailed the Sunset Limited near Harqua, Arizona by removing 29 spikes from a section of track, and short-circuited the signal system to conceal the sabotage.

On June 2, 1996, the Sunset Limited was rerouted to a more southerly route between Tucson, and Yuma, Arizona, bypassing Phoenix, in order to accommodate the Union Pacific Railroad's desire to abandon a portion of its Phoenix-to-Yuma "West Line". This made Phoenix one of the largest cities in the nation without direct passenger service; although the designated Phoenix-area stop is in Maricopa, a suburban community about 40 miles south of downtown Phoenix. (Some Phoenix passengers choose instead to travel to Tucson to board the train.)

Hurricane Katrina
On August 29, 2005, the Sunset Limited route was truncated at San Antonio, Texas, as a result of damage to trackage in the Gulf Coast area caused by Hurricane Katrina. In late October 2005, service was restored between San Antonio and New Orleans, as the line through Louisiana had been repaired.

Possible restoration
As time has passed, particularly since the January 2006 completion of the rebuilding of damaged tracks east of New Orleans by their owner CSX Transportation Inc., the obstacles to restoration of the Sunset Limited's full route have been more managerial and political than physical. Advocates for the train's restoration have pointed to revenue figures for Amtrak's fiscal year 2004, the last full year of coast-to-coast Sunset Limited service. During that period, the Orlando–New Orleans segment accounted for 41% of the Sunset's revenue.

As of 2018, Amtrak's schedules and maps continue to describe the route between New Orleans and Orlando as suspended.

In 2009, Brian Rosenwald, a now-departed Amtrak executive, outlined ideas for a complete overhaul of the route, including daily service. It was to have the Texas Eagle operate over the Sunset's route west of San Antonio, with a stub train connecting San Antonio (with a cross-platform transfer) and New Orleans. The plans were halted when Union Pacific stated that to get a daily Sunset Limited, Amtrak would need to pay $750 million for infrastructure improvements.

Passenger totals would double with daily service, according to the PRIIA study that looked at Texas Eagle/Sunset Limited service. It forecast an incremental improvement of more than 100,000 passengers from the daily service, which is already running in excess of 100,000 a year. In the meantime, the Union Pacific has double-tracked much of the route with its own money. However, Amtrak still lacks the equipment and funds needed to move to daily service.

In January 2016, Amtrak and the Southern Rail Commission announced jointly that a Gulf Coast passenger rail inspection trip was to be made from New Orleans to Jacksonville, with elected officials among those on board during the February 18–19 excursion. Stops were planned for all of the stations formerly part of the Sunset Limited's route between those two cities. In June 2018, the commission missed the deadline for submitting a request for service restoration along the Gulf. It said that it could not apply for the Federal Railroad Administration's (FRA) fiscal-year 2017 Consolidated Rail Infrastructure Safety and Improvements (CRISI) funding because Alabama and Mississippi were unwilling to assist with funds. Alabama's share would have been $5.3 million. The Louisiana governor, on the other hand, was willing to provide the funds. The three states' cooperation was needed to secure the $35.5 million in federal CRISI funds.

In June 2019, the Federal Railway Administration announced a grant award of $33 million to restore Amtrak service between New Orleans and Mobile, and to upgrade tracks, stations, and other facilities to support improved passenger rail service. The grant was matched by funds from Louisiana, Mississippi, and the city of Mobile. Officials announced plans for up to four daytime rail trips per day within 24 months, serving the cities of New Orleans, Bay St. Louis, Gulfport, Biloxi, and Pascagoula. If the state of Alabama participates service could be extended to downtown Mobile. 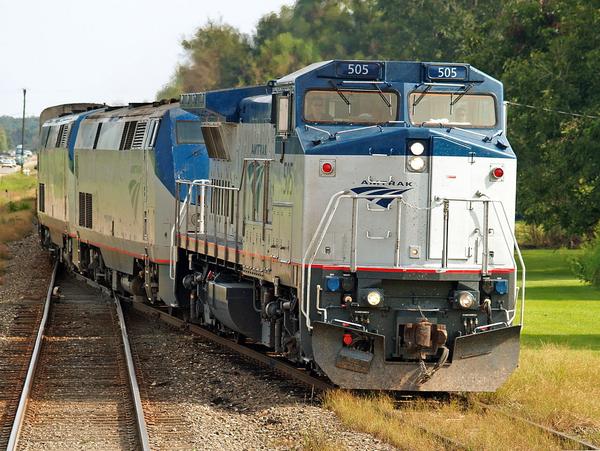 The Amtrak Return to Service Special arrived to fanfare and an overwhelming crowd of supporters in Chipley, Florida on February 19, 2016.

Route Map of the Sunset Limited. 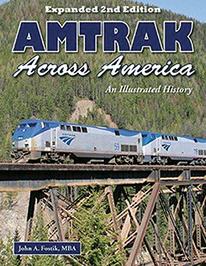 Running ahead of schedule, the Sunset Limited, with SP 8498 on the point, is stopped at Lafayette, LA. April 1989.  Photo by Drew Jacksich. 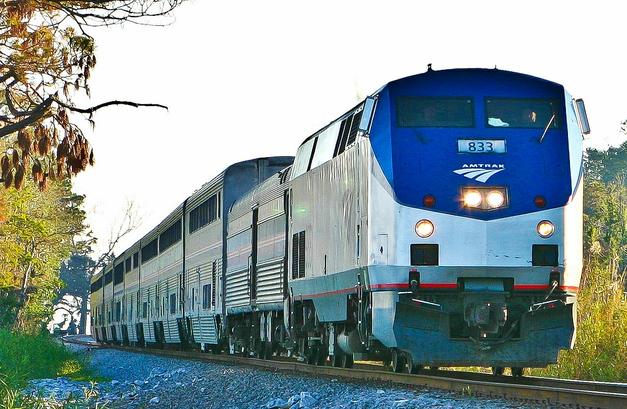 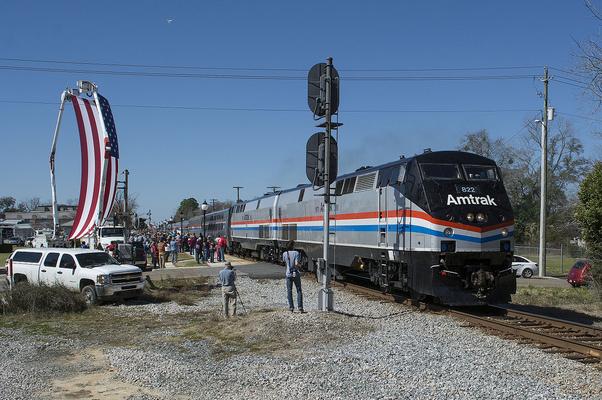 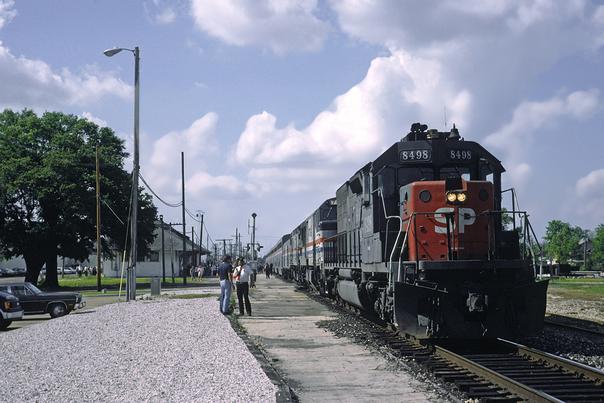 A photo of a GE Dash 8-32BWH leading the Sunset Limited through Cade, Louisiana.