Kansas City Southern is headquartered in Kansas City, Missouri. Annual revenues as of 2007 were US$1.7 billion with 6,485 employees, and a market cap of roughly US$5 billion. As of first quarter 2008, KCS's CEO was Michael R. Haverty. As of August 1, 2010, Dave Starling was named the new CEO of KCS, having been both a close friend of Haverty and an important spokesperson to the railroad since 2008. Kansas City Southern company stock trades on the New York Stock Exchange under the symbol KSU.

Patrick J. Ottensmeyer, who serves as chairman of the KCSR Board of Directors, is also President and CEO of the railroad's parent company, KCS.

Kansas City Southern de México (KCSM), formerly Transportación Ferroviaria Mexicana (TFM), is the name of a company dedicated to freight transportation using rail in the north eastern part of Mexico. KCSM is indirectly owned and operated by Kansas City Southern Industries via NAFTA Rail, S.A. de C.V. KCSM owns its own fleet and the rights to operate and maintain a rail system through a concession from the Mexican government. KCSM's rail system consists of 2,645 track miles in a 17 state region (including the federal district), which serves northeastern and central Mexico and the port cities of Lázaro Cárdenas and Tampico, among others. KCSM provides KCS with key routes for handling goods imported into North America. It also has a Pacific coast route to the recently developed deepwater container port of Lázaro Cárdenas.

Kansas City Southern Railway (KCSR) operates 3,226 track miles in a ten-state region of the United States, with major hubs including Kansas City, MO, Shreveport, LA, New Orleans, LA, and Dallas, TX. Among the Class I railroads, KCSR has the shortest route between Kansas City, the second largest rail hub in the country, and the Gulf of Mexico.

Meridian Speedway, LLC (MSLLC) is a majority owned, consolidated subsidiary that owns the former KCSR rail line between Meridian, Mississippi and Shreveport, Louisiana, which is a portion of the KCSR rail route between Dallas, Texas and Meridian, and is known as the “Meridian Speedway.” Norfolk Southern Corporation (NS), through its wholly owned subsidiary, the Alabama Great Southern Railroad, owns a minority interest in MSLLC.

The Texas Mexican Railway Company (TexMex) is wholly owned by KCS. TexMex consists of a 157-mile railway that connects Corpus Christi, TX to Laredo, TX. TexMex also owns 400 miles (640 km) of Union Pacific trackage rights that spans from Beaumont, TX to Robstown, TX. With its trackage rights and physical railway, the Texas Mexican Railway connects KCSM and KCSR at Laredo, TX and Beaumont, TX. TexMex also owns the extremely important Texas-Mexican Railway International Bridge. It is the only rail bridge that connects the United States with Mexico through Laredo, and 40% of all rail traffic that travels to Mexico, crosses over this bridge. Without TexMex, it would be nearly impossible for KCSR and KCSM to act as a single company under Kansas City Southern. History
Arthur Edward Stilwell began construction on the first line of what would become the Kansas City Southern Railway in 1887, in suburban Kansas City, Missouri. Together with Edward L. Martin, Stilwell built the Kansas City Suburban Belt Railway, which was incorporated in 1887 and began operation in 1890, serving the Argentine District in Kansas City, Kansas; Independence, Missouri; and the riverside commercial and industrial districts of Kansas City. While the Belt Railway was a success, Stilwell had a much bigger dream. Over the ensuing decade, the line grew through construction and acquisition of other roads, such as the Texarkana and Fort Smith Railway, to become a through route between Kansas City and Port Arthur, Texas, with the final spike being driven north of Beaumont, Texas, on September 11, 1897, the Kansas City, Pittsburg and Gulf Railroad Company (KCP&G) was completed. In 1939, another mainline between Dallas and New Orleans, via Shreveport, Louisiana, was added through the acquisition of the Louisiana and Arkansas Railway (L&A). From 1940 to 1969, Kansas City Southern operated the Southern Belle passenger train between Kansas City and New Orleans, along with regular freight transportation.

In 1962, under the name Kansas City Southern Industries, Inc. (KCSI), the company was formally organized as it began to diversify its interests into other industries under the CEO William Deramus III. The new KCSI focused primarily on the financials industry, along with the rail industry. In 1969 KCSI started the two largest companies that came out of the diversification, DST Systems and Janus Capital Group, which was known as Stilwell Financial at the time. DST Systems is a software development firm that specializes in information processing and management, with the goal of improving efficiency, productivity, and customer service. Janus Capital Group is a finance firm that provides growth and risk-managed investment strategies.

The core KCS rail system changed little until the 1990s, when the purchase of MidSouth Rail extended KCSI's reach east from Shreveport into Mississippi and Alabama. Combined with existing KCSI routes this created an east-west mainline marketed as the Meridian Speedway. Another acquisition, the Gateway Western Railway, extended KCS's reach from Kansas City to St. Louis, Missouri and Springfield, Illinois.

The 1990s also saw KCSI expand into Mexico with the acquisition of partial interests in the Texas Mexican Railway (TM) and Grupo Transportación Ferroviaria Mexicana (TFM). TFM was created when Kansas City Southern Industries and Transportacion Maritima Mexicana (TMM) purchased a government concession to operate a rail system in Mexico. It was the most sought after portion of the Mexican railroad concessions, called the Northeast Railroad, that was purchased by KCSI and TMM. The concession was also bid on by many other major companies, including the United States' largest railroad, Union Pacific Railroad. KCSI and TMM bid on, and won, the concession for $1.4 Billion USD, paying 49% and 51%, respectively. TMM already partially owned the Texas Mexican Railway through a previous concession from the Mexican government. TM was particularly important to KCSI because they held the link from KCSI tracks to TFM tracks via trackage rights over the Union Pacific line. Shortly after acquiring the Mexican government's concession, KCSI entered into another joint venture to purchase a government concession. On June 19, 1998 the government of Panama turned over control of the Panama Canal Railway to Kansas City Southern Railroad and the privately held Lanigan Holdings, LLC. This created the Panama Canal Railway Company (PCRC).

After these large capital outputs, KCSI needed new capital to improve the Mexican and Panamanian concessions they had purchased, and to continue to make capital expenditures in the future. To build this needed capital, KCSI spun off all assets that were not essential to the rail businesses. Doing this essentially paid off the purchase of their two existing concessions and freed up capital to improve them. The first major improvement that took place was in 2000 and 2001 when the PCRC upgraded the railway to handle large, intermodal shipping containers, along with passenger transport.

In June 2009 the Kansas City Southern began operating on new trackage between Victoria and Rosenberg, Texas, known as the Macaroni Line . The line was built in 1882 and was called the Macaroni Line because the main food for the workers constructing the line was macaroni. In 1885 it was acquired by Southern Pacific, which operated the 91-mile line until 1985; by the early 1990s the tracks were mostly torn out. In 2006 KCS announced they would rebuild the Macaroni Line (through subsidiary Tex Mex) to end the need for trackage rights on a circuitous Union Pacific route. Construction began on January 2009 and the line opened for the first trains in over 20 years by June 2009. The line now operates daily trains and has CTC signaling.

Awards and recognition
The E. H. Harriman Award is an award for rail safety. KCSR has been consistently recognized for its employee safety record (in group B: line-haul railroads with between four and 15 million employee hours per year) by the E.H. Harriman Memorial Awards Institute with a Gold Award in 2001, 2002, 2006, 2007 and 2008, Bronze Award in 2003 and 2004 and a Silver Award in 2005

Restatement
On March 31, 2004, KCS restated its financial reports for 2003, to reflect additional U.S. GAAP deferred tax adjustments at Grupo TFM. The new 10-K filing reflected an increase in net income to $12.2 million from $11.2 million reported earlier. On March 17, 2006, KCS announced that certain errors were identified in the calculation of deferred income tax balances that arose in the years prior to 2003, and needed to be adjusted. 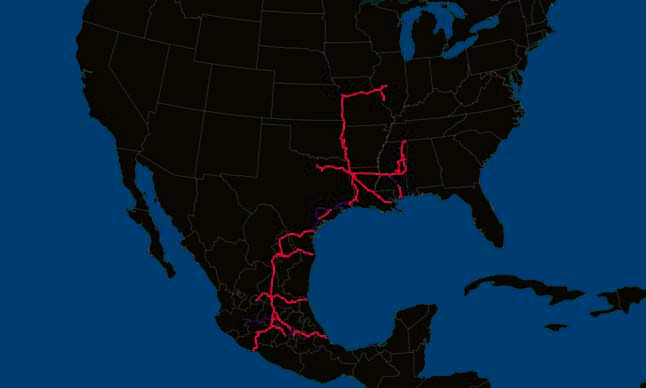 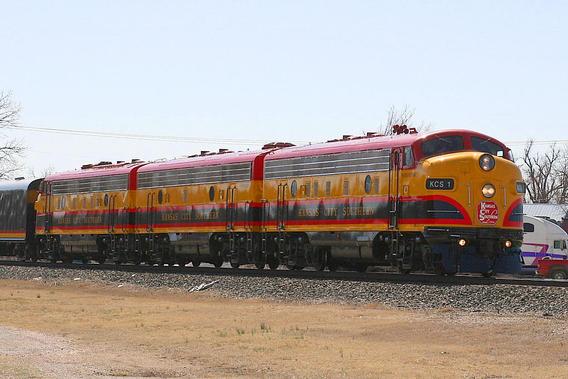 A map of the Kansas City Southern Railway as of 2009. 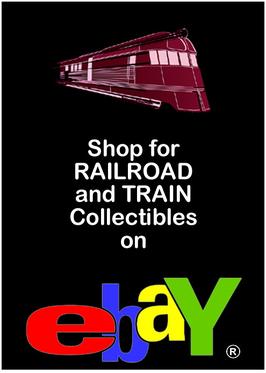 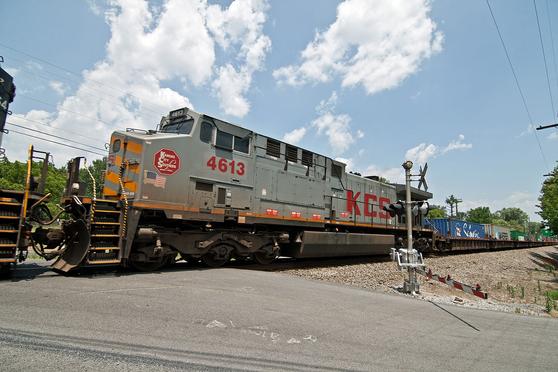 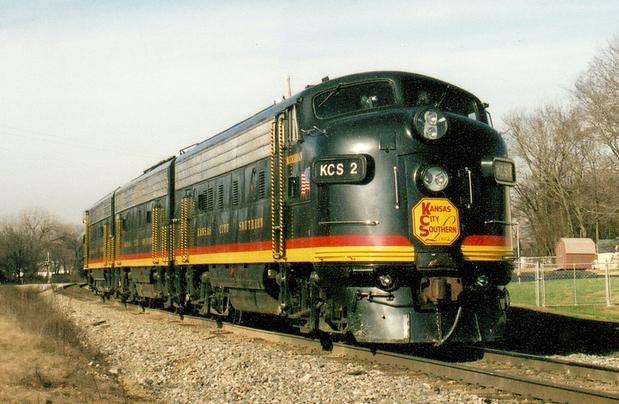