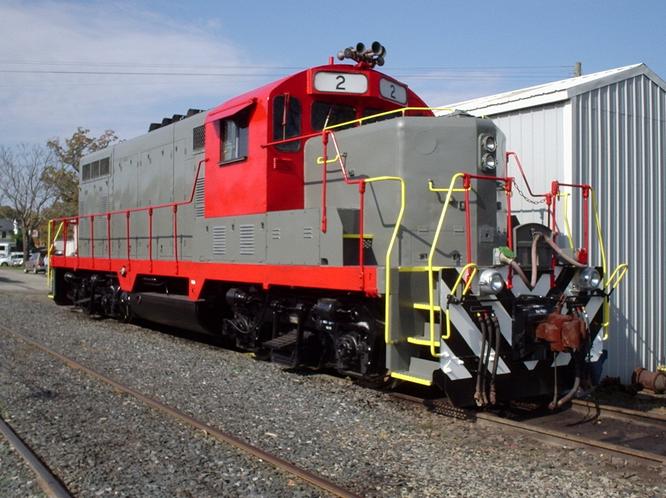 The Buckingham Branch Railroad is a typical example of a Class III Shortline in Virginia.

Railroad Classes
Class I Railroads
In the United States, railroads are designated as Class I, II, or III, according to size criteria first established by the Interstate Commerce Commission (ICC) in 1911, and now governed by the Surface Transportation Board.

Background
Initially, the ICC classed railroads by their annual gross revenue. Class I railroads had an annual operating revenue of at least $1 million, while Class III railroad incomes were under $100,000 per annum. All such corporations were subject to reporting requirements on a quarterly or annual schedule. If a railroad slipped below its class qualification threshold for a period, it was not necessarily demoted immediately. For instance, in 1925, the ICC reported 174 Class I railroads, 282 Class II railroads, and 348 Class III railroads.

Since dissolution of the ICC in 1996, the Surface Transportation Board (STB) has become responsible for defining criteria for each railroad class. The bounds are typically redefined every several years to adjust for inflation and other factors.

In a special move in 1979, all switching and terminal railroads were re-designated Class III, including those with Class I or Class II revenues.

Regional railroads: operate at least 350 miles or make at least $40 million per year.
Local railroads: non-regional but engage in line-haul service.
Switching and terminal railroads: mainly switch cars between other railroads or provide service from other lines to a common terminal.

In early 1991, two Class II railroads, Montana Rail Link and Wisconsin Central, asked the Interstate Commerce Commission (ICC) to increase the minimum annual operating revenue criteria (then established at US$93.5 million) to avoid being re-designated as Class I, which would have resulted in increased administrative and legal costs. The Class II maximum criterion was increased in 1992 to $250 million annually, which resulted in the Florida East Coast Railway having its status changed to Class II. Rail carriers with less than $20 million in revenue are designated as Class III.

In Canada, a Class I rail carrier is defined (as of 2004) as a company that has earned gross revenues exceeding $250 million (CAD) for each of the previous two years.

Class I railroads are some of the most efficient forms of transportation, moving a ton of freight almost 500 miles with each gallon of diesel fuel.

In 2013, eleven railroads in North America were designated as Class I. In the United States, Amtrak and seven freight railroads are designated Class I based on 2011 measurements released in 2013.

Class II
A Class II railroad in the United States hauls freight and is mid-sized in terms of operating revenue. As of 2011, a railroad with revenues greater than $37.4 million but less than $433.2 million for at least three consecutive years is considered Class II. Switching and terminal railroads are excluded from Class II status.

Railroads considered by the Association of American Railroads as "Regional Railroads" are typically Class II.

Current Class II criteria
The last major change of the upper bound for a Class II railroad was in 1992, when the Florida East Coast Railway was changed from a Class I railroad to Class II.  A previous change in 1991, which prevented two railroads—Montana Rail Link and Wisconsin Central—from becoming Class I, was made at the request of the two railroads, as they did not wish to take on the extra cost and paperwork associated with Class I status. Changes since then have been adjustments for inflation.

Continuation of the Class System

In the United States, the Surface Transportation Board continues to use designations of Class II and Class III since there are different labor regulations for the two classes.