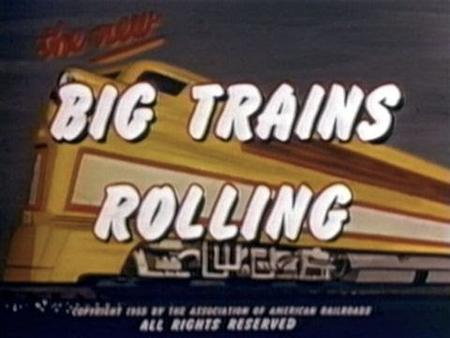 A protional film produced by the Association of American Railroads which examines how the US railroads keep the economy growing by providing transportation and employment. Features trains from many different railroads including Southern Pacific, Santa Fe and Western Maryland.

The Association of American Railroads (AAR) is an industry trade group representing primarily the major freight railroads of North America (Canada, Mexico and the United States). Where appropriate, the AAR represents its members' interests to the public at large and to Congress and government regulators in particular. The AAR works to improve the efficiency, safety and service of the railroad industry.