First made in 1937 by General Motors and then repackaged for the WWII war effort, DIESEL THE MODERN POWER tells the story of the development and principles of the diesel engine. The film uses live action and animation to show how the diesel engine works, and live action footage of Sherman tanks, streamlined locomotives, switching engines, ships, and more.

The film begins with an historical overview that includes a brief lesson on how to make fire, including two stones, rubbing pieces of wood, and even the "fire syringe" that was used by the people of Southeast Asia. The syringe is used to demonstrate the operation of a piston in an engine.

At 14:30, 600 hp diesel engine are seen at the Century of Progress Exposition in Chicago. At 14:46, the Burlington Pioneer Zephyr is seen running from Chicago to Denver. Mainline passenger locomotives are seen, providing up to 6000 hp. Diesel switch engines are seen at the 15:30 mark.

At 18:40, lumber equipment, oil pumps, and earth moving equipment are seen -- all driven by diesel engines.

The Detroit Diesel works is seen at the 19 minute mark. Diesel powered submarines, mine sweepers and coast patrol boats as well as fleet tugs, are also seen.

A two-stroke diesel engine is a diesel engine that works in two strokes. A diesel engine is an internal combustion engine that operates using the Diesel cycle. Invented in 1892 by German engineer Rudolf Diesel, it was based on the hot-bulb engine design and patented on February 23, 1893. During the period of 1900 to 1930, four-stroke diesel engines enjoyed a relative dominance in practical diesel applications. Charles F. Kettering and colleagues, working at the various incarnations of Electro-Motive and at the General Motors Research Corporation during the 1930s, advanced the art and science of two-stroke diesel technology to yield engines with much higher power-to-weight ratios than the two-stroke diesels of old. This work was instrumental in bringing about the dieselization of railroads in the 1940s and 1950s.

All diesel engines use compression ignition, a process by which fuel is injected after the air is compressed in the combustion chamber, thereby causing the fuel to self-ignite. By contrast, gasoline engines utilize the Otto cycle, or, more recently, the Atkinson cycle, in which fuel and air are mixed before entering the combustion chamber and then ignited by a spark plug. 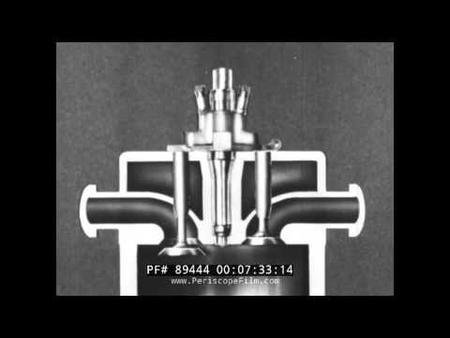