Created in the 1950s by the Monon Railroad and featuring the Purdue Glee Club and hosted by a "Hoosier", this vintage film shows the Monon Railroad at the height of its operations. The Monon Railroad, also known as the Chicago, Indianapolis, and Louisville Railway operated from 1897–1956, was an American railroad that operated almost entirely within the state of Indiana. The Monon was merged into the Louisville and Nashville Railroad in 1971, and much of the former Monon right of way is operated today by CSX Transportation. In 1970 it operated 540 miles (870 km) of road on 792 miles (1,275 km) of track; that year it reported 1,320 million ton-miles of revenue freight and zero passenger-miles.

The railroad got the name Monon from the convergence of its main routes in Monon, Indiana. From Monon, the mainlines reached out to Chicago, Louisville, Indianapolis and Michigan City, Indiana. In Chicago the Monon's passenger trains served Dearborn Station. Branches connected the Louisville mainline to Victoria, Indiana and French Lick, Indiana. 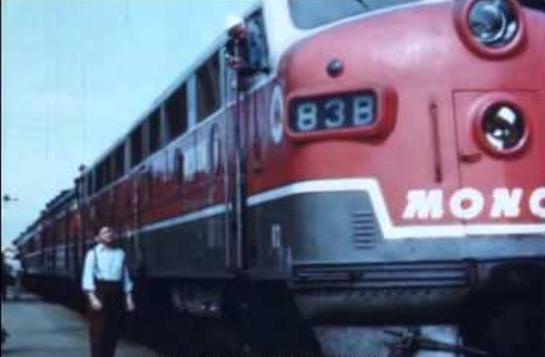