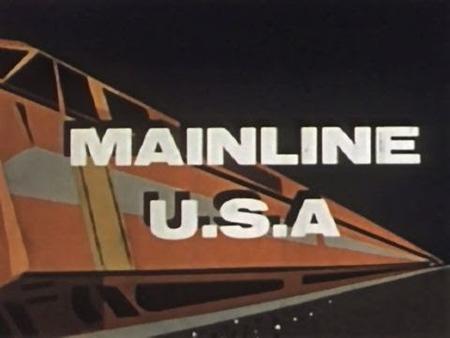 This Association of American Railroads film carries the typical industry message that trains were integral to the American economy and way of life, which were the best in the world. There is much narration detailing the forward-thinking mentality of the railroads, including facts about the modernization of passenger trains. There is also a short discussion of the history of train travel, some information on the kinds of goods freight trains carry, and more. The interesting part of this film is all the great shots of 1950's era trains, including the GM Aerotrain, a military train carrying Patton tanks, B&O E units, PRR Baldwin Sharknose locomotives, and NYC E-8's in lightning stripe livery. This film contain running views of these and many other freight and passenger trains.