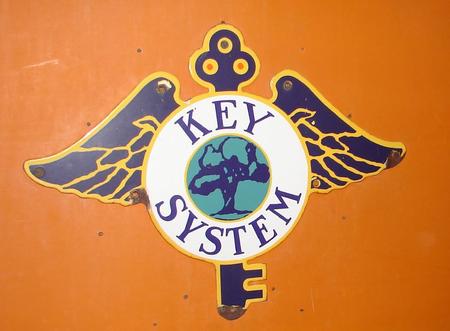 Nostalgic old timers will tell you this was the pinnacle of public transportation in the San Francisco East Bay. We used to live a block from a former Key System line. These cars whizzed right across the Bay Bridge.    By jaycross (The Key System) [CC BY 2.0 (http://creativecommons.org/licenses/by/2.0)], via Wikimedia Commons

"The March of Progress" (1945)
A tour of the modern interurban trolley system of San Francisco's East Bay and over the San Francisco-Oakland Bay Bridge. Predicts the bright postwar future of streetcar transit, with visionary images of advanced-design railcars. The Key System transbay service was abandoned in 1961.