Educational film produced by the Seaboard Air Line Railroad telling the "story of a new South whose roots are embedded deep in the honored tradition of the old." The film shows the economy of the Southeast, including white and African American workers, cities, plantations, industry and daily life, all in the context of railroad business and operations. Produced and directed by Carl Dudley with a script by Herman Boxer.

The film incorporates some racist imagery common (unfortunately) to films of this era.

The Seaboard Air Line Railroad (reporting mark SAL), which styled itself "The Route of Courteous Service," was an American railroad whose corporate existence extended from April 14, 1900 until July 1, 1967, when it merged with the Atlantic Coast Line Railroad, its longtime rival, to form the Seaboard Coast Line Railroad. The company was headquartered in Portsmouth, Virginia, until 1958, when its main offices were relocated to Richmond, Virginia. 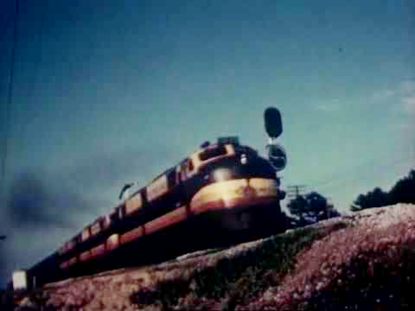