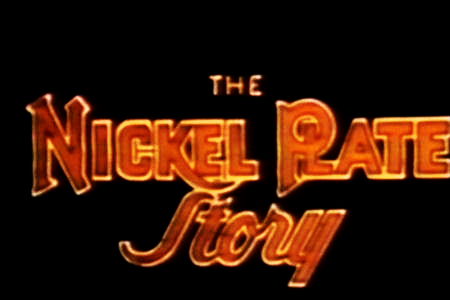 The story of the New York, Chicago and St. Louis Railroad (NYC&St.L) , commonly referred to as "the Nickel Plate Road", a railroad that operated in the mid-central United States. The Nickel Plate was constructed in 1881 along the South Shore of the Great Lakes connecting Buffalo, New York and Chicago to compete with the Lake Shore and Michigan Southern Railway. In 1964, the Nickel Plate Road and several other mid-western carriers were merged into the larger Norfolk and Western Railway (N&W). Depicted are NKP 2-8-4s "Berkshires" and brand new Alco PAs hauling freight and passenger trains.