"Once Upon the Wabash"

A newly married couple on their honeymoon are riding in a late 1940's car beside the Wabash mainline, when suddenly the dining steward on the "Blue Bird" passenger train, exercising magical powers, whisks the couple onto the train at the wish of the new bride. They are given a tour of the train and then a 40 minute tour of the Wabash Railroad empire. The Wabash Railroad was named after the Wabash River. The Railroad served a large area, operating in the states of Ohio, Indiana, Illinois, Iowa, Michigan, Missouri and Ontario. 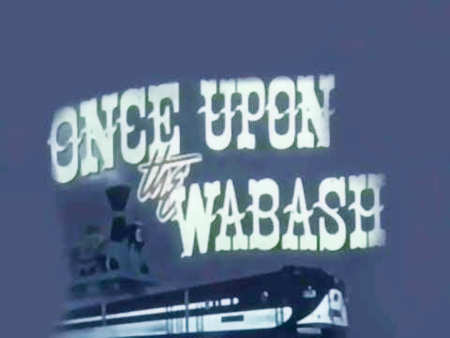