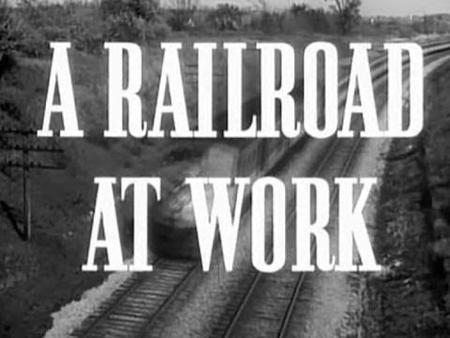 "A Railroad at Work"

A documentary promotional film produced by the Milwaukee Road and made just before the railroad's 100th year of operation. The film depicts the many services the railroad offered, which were far more than passenger and freight transportation. The trains of the day are featured as well as a myriad of behind the scenes activities. The Milwaukee Road, officially the Chicago, Milwaukee, St. Paul and Pacific Railroad (CMStP&P RR) was a Class I railroad that operated in the Midwest and Northwest United States from 1847 until its merger into the Soo Line Railroad on January 1, 1986.