Created in the late 1960s by the Brotherhood of Railroad Trainmen and the United Transportation Union under the leadership of Charles Luna, "Railroad Man" is a portrait of the ordinary men who perform the extraordinary job of keeping the nation's freight and passenger trains moving. Directed by Jeri Sopanen, the film's story is told by the men themselves, who speak from their own hard experience working and riding on steel rails. The film is a time capsule of American railroads in the late 1960s and 70s, with passenger service in steep decline and many railroad facilities being abandoned and downsized, and the major railroads deciding to get out of passenger service altogether.

Charles Luna (1906 – 1 October 1992) was president of the Brotherhood of Railroad Trainmen (BRT) from 1963 until 1969. He became the first president of the United Transportation Union, when that organization was formed by merging the BRT and three other railroad unions in 1969.

In 1971 the UTU Insurance Association assumed the insurance and welfare plans of the brotherhoods who had formed the UTU. The UTU held its first national convention in August 1971 in Miami Beach. Al Chesser, National Legislative Director of the UTU, was elected to succeed Luna, who was retiring.

In 1970 Luna was chosen by President Richard Nixon to help form the National Railroad Passenger Corporation. This set up the Amtrak inter-city passenger service. Luna served as an Amtrak director for twenty years.

Amtrak’s highest safety honor is the Charles Luna Memorial Safety award, which has been presented annually since 1990.

Jeri Sopanen (14 August 1929 - 21 September 2008) was a Finnish-born American filmmaker who created movies, television series and commercials. He was five times nominated for an Emmy Award Prize and received the award once, a children's program called "The Rotten Truth".

Sopanen graduated from high school in Helsinki, studied composition at the Sibelius Academy in 1951 and received a Fulbright scholarship to the University of Lawrence United States. There he was inspired by the film and the film began studies at UCLA in Los Angeles.

Sopanen worked on "The Undersea World of Jacques Cousteau" and made "Gardens of the World" with Audrey Hepburn.. He also served as cameraman for the Louis Malle film "My Dinner with Andre."

"Railroad Man" is a candid look at the life of locomotive engineers and other American railroad workers in the 1960s, and includes many scenes of locomotives hauling freight and passenger trains. 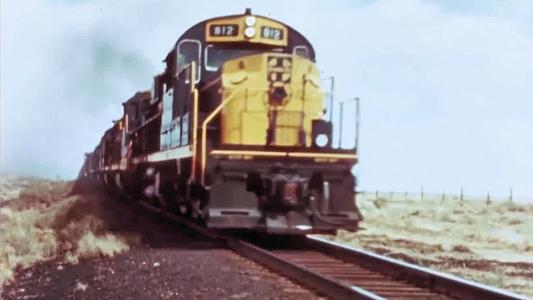