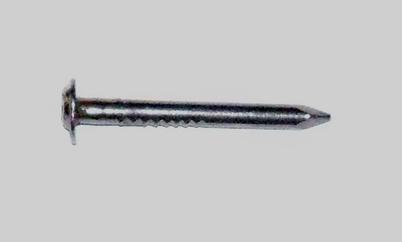 What is a date nail?  Courtesy Western America Railroad Museum

Briefly, a date nail is a nail with a date stamped in its head. For example, a nail with "41" is from the year 1941. They are useually 2-1/2" long, with 1/4" diameter shanks. Date nails were driven into railroad ties, bridge timbers, utility poles, mine props and other wooden structures for record keeping purposes.

Most date nails are made of steel, though many are made of copper, aluminum, malleable iron, or brass. Lengths run from a paltry 3/4" up to 3", with shank diameters running from 1/8" up to 5/16". The nail heads can be round, square, diamond, pentagon, or other rarer shapes. Over 2,000 different types of date nails showing the year were used by North American railroads alone. Add that to the nails which tell wood, treatment, and other information, and all date nails used in poles and other timbers, and the total number of different nail types from this continent easily exceeds 3,500.

Date nails were manufactured by steel companies on high speed machines, even in the early years. If a railroad wanted to use date nails, they would order the type of date nails they wanted (for instance, a 2-1/2" x 3/16" steel nail, round with raised numbers "34"). The nails were then driven into ties either at the treating plant, to indicate the year of treatment, or at the track, to indicate the year the tie was laid.

When a rooted or mechanically damaged tie was removed, the date on the nail was noted. Ties were never removed due to age, so date nails did not tell section foremen when to replace ties. In fact, some railroads found that dated ties lasted longer than usual because the men would take special care of them.

In the first decade of the 20th century, railroads using date nails drove them into every treated tie. Some lines found the record obtained by this method to be a failure, so beginning in 1909 some railroads concentrated their record in special test sections. For these companies, keeping track of only a few thousand ties was far more economical and accurate than tracking several million ties. By the early 1920's, however, most of these railroads had returned to the practice of placing nails in every treated tie.

The largest collection of date nails in the world is on display at the Western America Railroad Museum in Barstow, California. 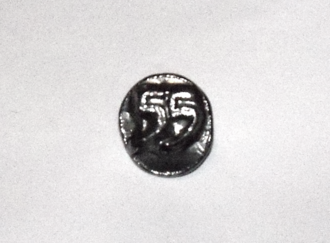