Passenger compartment of a Drake Railway Automotrice on the Missouri, Oklahoma and Gulf Railway. 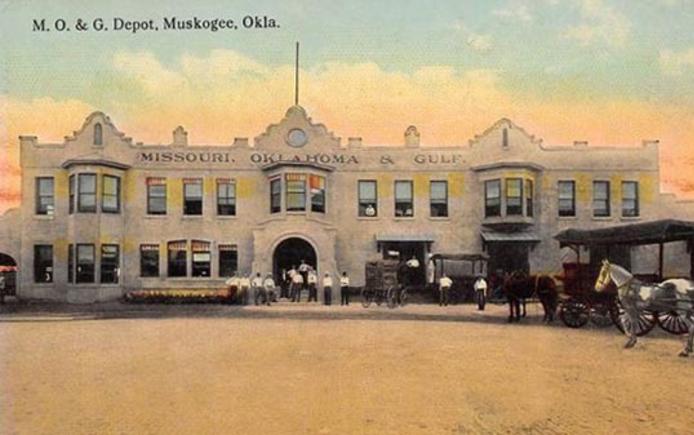 The Missouri, Oklahoma and Gulf Railway station at Muskogee, Oklahoma. 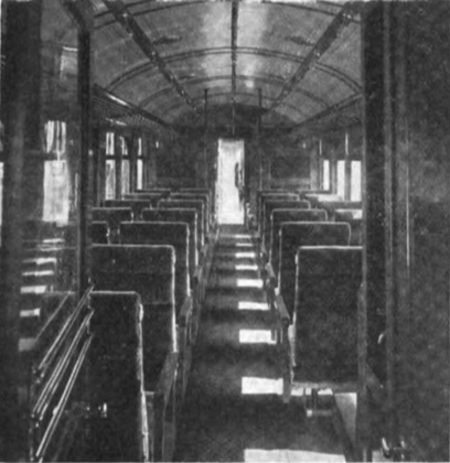 Dracar
The Dracar was a self-propelled gasoline railcar built by the Drake Railway Automotrice Company in the early 20th century.

Design
The Dracar was 56 feet (17 m) long and could be operated from either end. The engine compartment occupied the front 7 feet 3 inches (2.21 m), followed by a baggage compartment, and then two passenger sections. As delivered to the Missouri, Oklahoma and Gulf Railway, the Dracar was built with a removable partition to segregate black and white passengers. The white or "first class" section could seat 30; the "colored" section 14. Both sections contained a restroom. The design was based on cars built by the French Westinghouse company for the Arad-Csanad Railway in Hungary. The St. Louis Car Company manufactured the car bodies and trucks. The car was designed for 25 miles per hour (40 km/h) operation; its maximum speed was 40 miles per hour (64 km/h).

Drake also designed a larger type with a maximum capacity of 73 passengers. This car was powered by a 140 horsepower (100 kW) engine.

History
The Missouri, Oklahoma and Gulf Railway took delivery of several Dracars and employed them on 30–50-mile (48–80 km) runs. Examples included Muskogee–Henryetta, OK; Durant, OK–Denison, TX; and Muskogee–Wagoner, OK. By 1913 the MO&G had acquired five cars. Fuel efficiency was 3.3 miles per US gallon (71 L/100 km; 4.0 mpg‑imp). Each Dracar had a crew of three: motorman, flagman, and conductor.