Locomotive Engineer
An engineer (America and Canada) is a person who operates a train. The engineer is in charge of, and responsible for driving the engine, as well as the mechanical operation of the train, train speed, and all train handling. The use of the term engineer to describe this occupation in North America should not be confused with the usual meanings of engineer.

For many American railroads, the following career progression is typical: assistant conductor (brakeman), conductor and finally engineer. In the US, engineers are required to be certified and recertified every two to three years. In America, a hostler moves engines around train yards, but does not take them out on the normal tracks.

Notable Railroad Engineers
Casey Jones, American engineer whose wreck on the Illinois Central Railroad on April 30, 1900 was immortalized in verse and music. 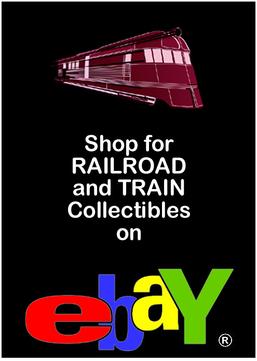 Engineer George Bertino in the cab of his diesel freight engine, ready to pull out of the Atchison, Topeka and Santa Fe Railroad yard at Winslow, Arizona in March 1943.  Library of Congress. 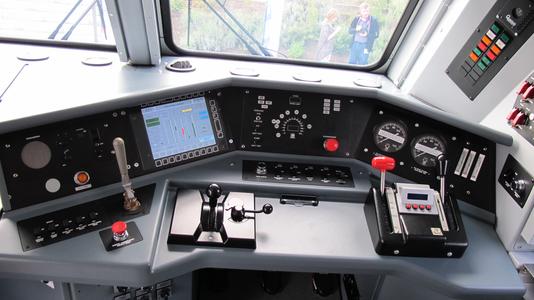 Texas and Pacific Railway Company Engineer Homer Parrish standing with another engineer in front of locomotives 644 and 706 at Marshall, Texas in 1946. 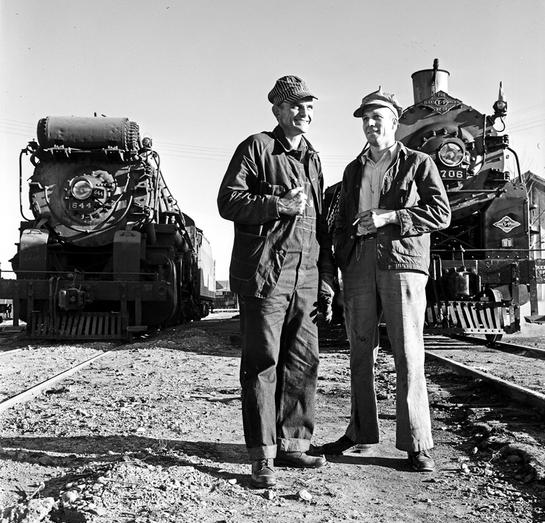 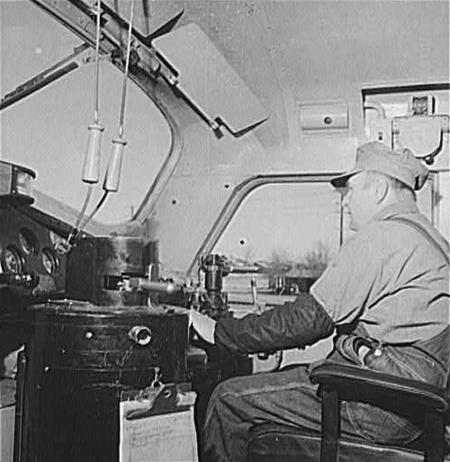 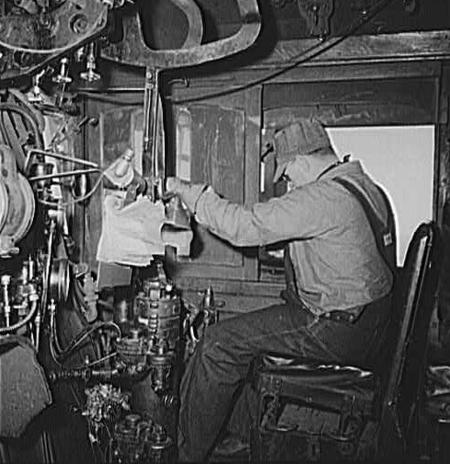 A steam locomotive engineer in his cab about to start the train along the Atchison, Topeka, and Santa Fe Railroad at Ricardo, New Mexico between Clovis and Vaughn, New Mexico in 1944.  Library of Congress.