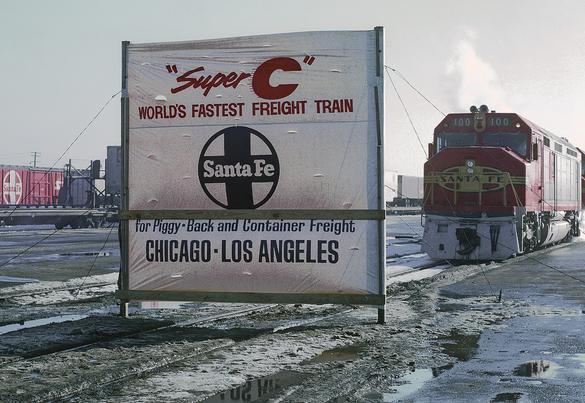 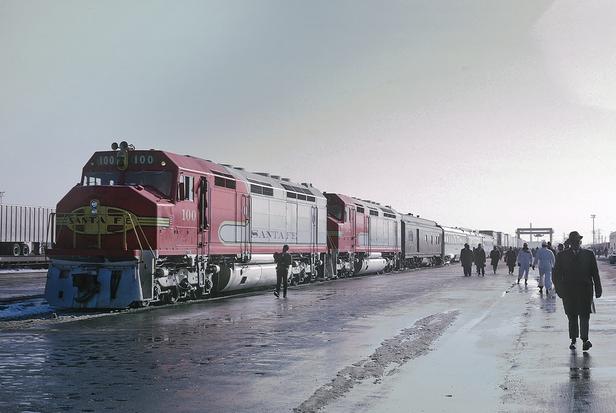 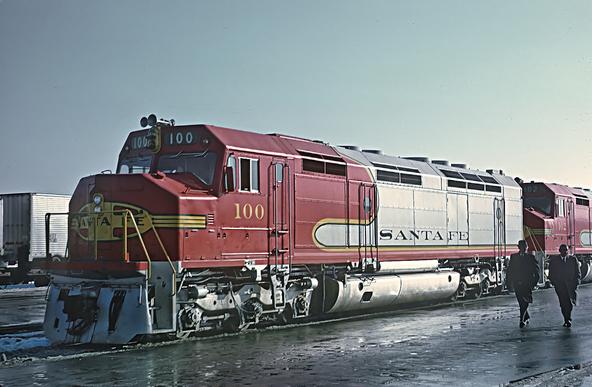 Super C Freight Train
The Super C was an intermodal freight train on the Atchison, Topeka and Santa Fe Railway from 1968 to 1976. Dubbed the "World's Fastest Freight Train," the all-TOFC (trailer-on-flatcar, or "piggyback") and container train ran about 2,200 miles between Chicago, Illinois and Los Angeles, California on a 40-hour schedule.

Overview
The brainchild of company president John Shedd Reed, the Super C (led by a pair of EMD FP45s) made its first run on January 17, 1968, covering the distance in a record-breaking 37½ hours averaging 58.2 miles-per-hour (93,6 km/h). The second test train did the ride even faster in 34½ hours averaging 63.7 miles-per-hour (108.4 km/h). For an added fee of $1,400 per trailer shippers were guaranteed fast delivery.

Train length varied from one to 15 or 20 cars. In the end, too few shippers chose to pay for 40-hour delivery, especially considering that a standard TOFC load arrived in 15 hours more. The final blow came in 1976 when the Santa Fe lost its mail contract to a joint venture of the Chicago and North Western Railway and the Union Pacific Railroad that could deliver at lower cost on a 50-hour schedule. 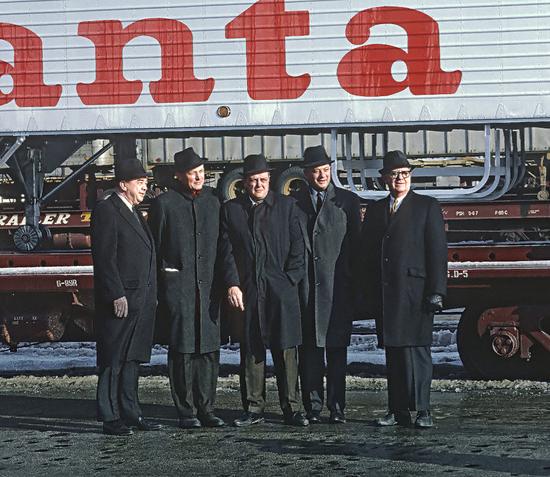 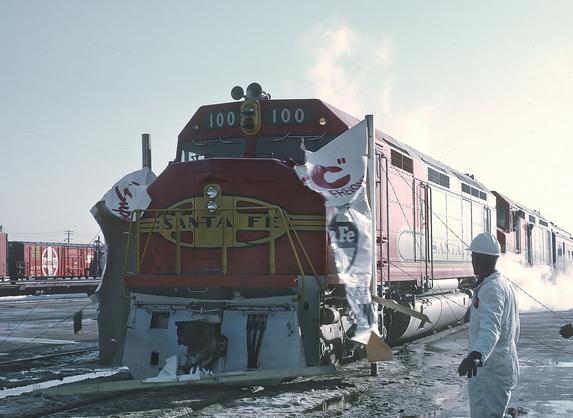 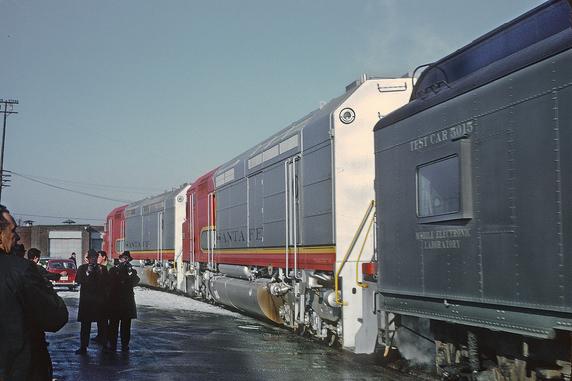