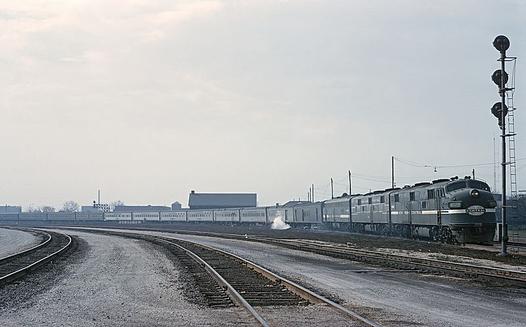 Englewood Union Station (Chicago)
Englewood Station or Englewood Union Station in Chicago, Illinois' south side Englewood neighborhood was a crucial junction and passenger depot for three railroads - the Chicago, Rock Island and Pacific Railroad, the New York Central Railroad, and the Pennsylvania Railroad - although it was for the eastbound streamliners of the latter two that the station was truly famous. Englewood Station also served passenger trains of the New York, Chicago and St. Louis Railroad (Nickel Plate), which operated over the New York Central via trackage rights.

The Pennsylvania Railroad's (PRR) Pittsburgh, Fort Wayne and Chicago Railway crossed the Rock Island at this junction. To the north, its trackage headed into Union Station. The PRR then closely paralleled the NYC for several miles into Indiana.

The Erie Railroad, Monon Railroad, Wabash Railroad, Chicago and Eastern Illinois Railroad, and Chicago and Western Indiana Railroad had a stop at 63rd Street and Wallace Street—west of this station. Nicknamed "Little Englewood" the platforms and canopies still exist, although the station building is long gone.

The station itself stood near the corner of 63rd and State Streets.

Probably most famous for hosting the two most spectacular streamlined passenger trains, Englewood was the second stop eastbound, and penultimate such westbound, for both PRR's Broadway Limited and NYC's 20th Century Limited. In fact, both would leave their respective terminals in Chicago, stop to embark passengers at Englewood, and leave the station simultaneously, each racing the other for several miles before they diverged.

No less important (although less famous) were the westbound Rockets of the Rock Island which stopped at Englewood. Connections could be made at Englewood between any of the railroads at that intersection.

Upon the decline of intercity passenger traffic, and PRR and NYC's merger into Penn Central (and that railroad's bankruptcy and reorganization into Conrail), much of the trackage has been removed, and the commuter trains on the Metra Rock Island District no longer stop at the station, which was closed in the late 1970s. The former tracks of the Pennsylvania are now owned by the Norfolk Southern Railway and still carry freight and intercity Amtrak passengers to Union Station. The station has for the most part disappeared, but some scattered remnants are visible around the railroad overpass near 63rd Street and State Street. 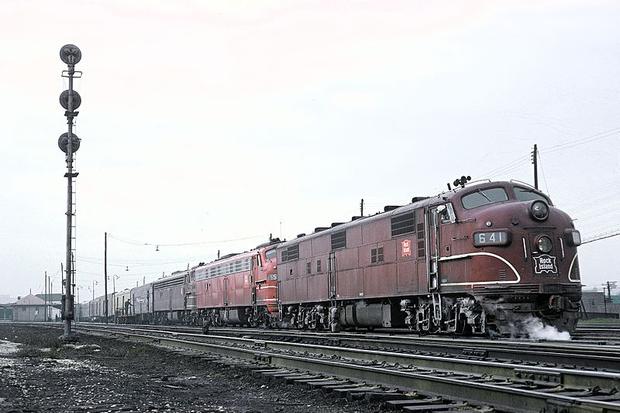 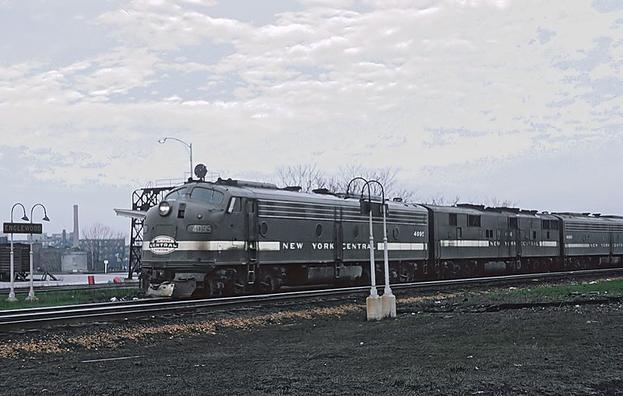 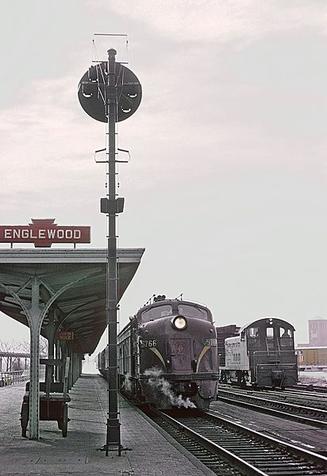 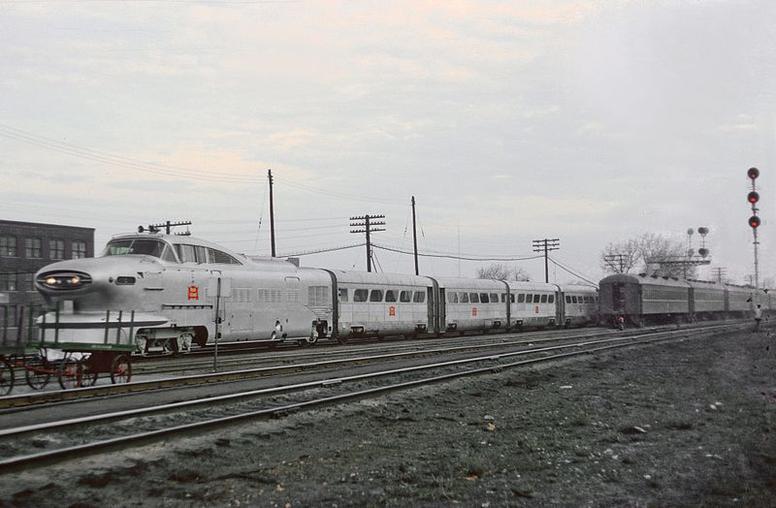 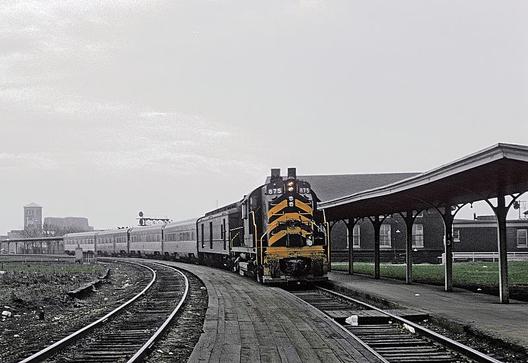 The Rocky Mountain Rocket at Englewood on April 21,1965.  Photo by Roger Puta. 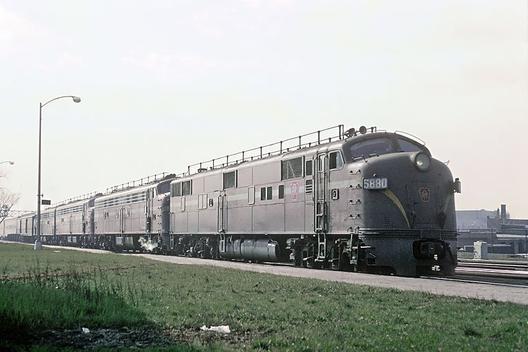