St. Clair Tunnel
The St. Clair Tunnel is the name for two separate rail tunnels which were built under the St. Clair River between Sarnia, Ontario and Port Huron, Michigan. It was the first full-size sub-aqueous tunnel built in North America. (By full-size it is meant that it allowed a railroad to run through it.) It is a National Historic Landmark of the United States, and has been designated a civil engineering landmark by both US and Canadian engineering bodies.

The tunnel was an engineering marvel in its day and designed by Joseph Hobson. The development of original techniques were achieved for excavating in a compressed air environment. The Beach tunneling shield, designed by Alfred Ely Beach, was used to assist workmen in removing material from the route of the tunnel and left a continuous iron tube nearly 7,000 feet (2,100 m) long. Freight trains used the tunnel initially with the first passenger trains using it in 1892.

In 1923, the GTR was nationalized by Canada's federal government, which then merged the bankrupt railway into the recently formed Canadian National Railway. CN also assumed control of Grand Trunk Western as a subsidiary and the tunnel company and continued operations much as before.

Freight cars
After the Second World War, railways in North America started to see the dimensions of freight cars increase. Canadian National (identified as CN after 1960) was forced to rely upon rail ferries to carry freight cars, such as hicube boxcars, automobile carriers, certain intermodal cars and chemical tankers, which exceeded the limits of the tunnel's dimensions.

The tunnel was declared a U.S. National Historic Landmark in 1993.

Second tunnel (1995-present)
The second tunnel was built to handle intermodal rail cars with double-stacked shipping containers, which neither the first one nor the Michigan Central Railway Tunnel in Detroit can handle. By the early 1990s, CN had commissioned engineering studies for a replacement tunnel to be built adjacent to the existing St. Clair River tunnel. In 1992, new CN president Paul Tellier foresaw that CN would increase its traffic in the Toronto–Chicago corridor. The Canada-U.S. Free Trade Agreement was implemented in 1989 and discussions for a North American Free Trade Agreement between Canada, the United States and Mexico discussions were underway at that time (NAFTA was implemented in 1994). It was only logical that import/export traffic on CN's corridor would increase dramatically.

In 1993, CN began construction of the newer and larger tunnel. Tellier declared at the ceremonies:

Unlike the first tunnel, which was hand dug from both ends, an earth boring machine called the Excalibore made by the Lovat Tunnel Equipment Inc. was used. It started on the Canadian side and dug its way to the U.S.

The tunnel opened later in 1994 whereupon freight and passenger trains stopped using the adjacent original tunnel, whose bore was sealed. The new tunnel was dedicated on May 5, 1995 and measures 6,129 feet (1,868 m) from portal to portal with a bore diameter of 27 feet 6 inches (8.38 m) with a single standard gauge track. It could accommodate all freight cars currently in service in North America, thus the rail ferries were also retired in 1994 at the time of the tunnel's completion and opening for service.

On November 30, 2004, CN announced that the new St. Clair River tunnel would be named the Paul M. Tellier Tunnel in honor of the company's retired president, Paul Tellier, who foresaw the impact the tunnel would have on CN's eastern freight corridor. A sign now hangs over each tunnel portal with this name. 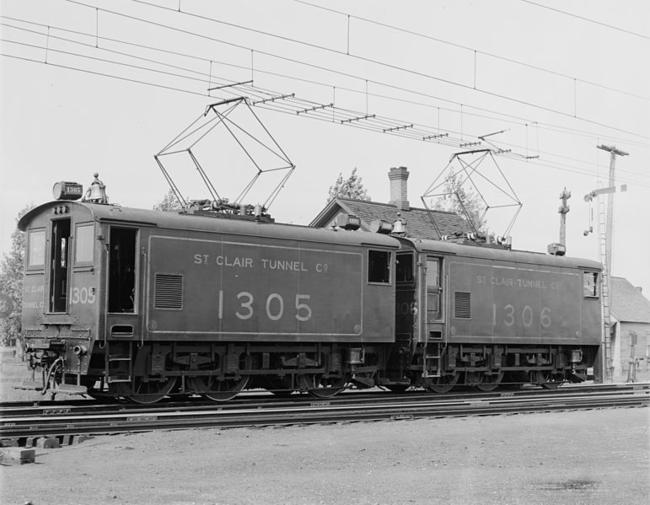 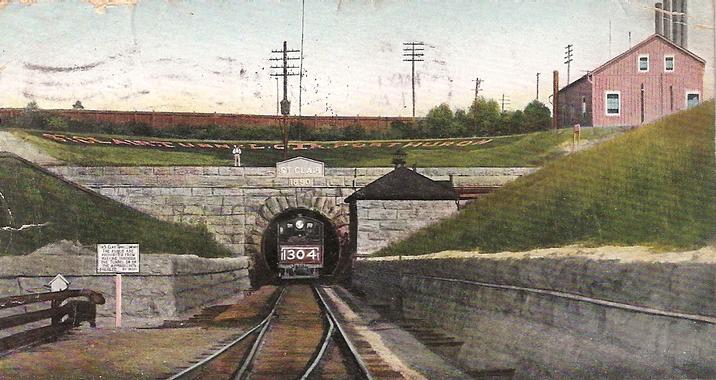 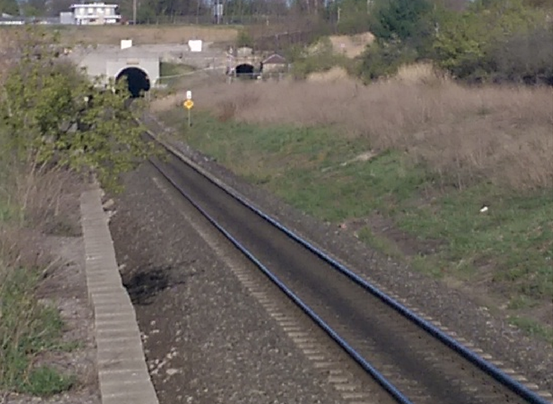