A diagram the 0-4-0, two wheels, coupled together with a coupling rod. 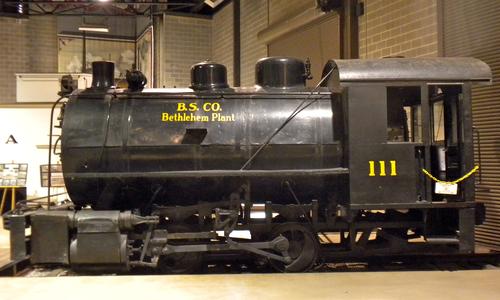 0-4-0 "Four-Coupled" Steam Locomotive
Under the Whyte notation for the classification of steam locomotives, 0-4-0 represents one of the simplest possible types, that with two axles and four coupled wheels, all of which are driven. The wheels on the earliest four-coupled locomotives were connected by a single gear wheel, but from 1825 the wheels were usually connected with coupling rods to form a single driven set.

The notation 0-4-0T indicates a tank locomotive of this wheel arrangement on which its water and fuel is carried on board the engine itself, rather than in an attached tender.

In Britain, the Whyte notation of wheel arrangement was also often used for the classification of electric and diesel-electric locomotives with side-rod-coupled driving wheels.

Under the UIC classification used in Europe and, in more recent years, in simplified form in the United States, an 0-4-0 is classified as B (German and Italian) if the axles are connected by side rods or gearing and 020 (French), independent of axle motoring. The UIC's Bo classification for electric and diesel-electric locomotives indicates that the axles are independently motored, which would be 0-2-2-0 under the Whyte notation.

The term Four-coupled is often used for 0-4-0 locomotives. Four-wheeled is also sometimes used, but this term can also encompass other wheel arrangements, for example Stephenson's Rocket which was an 0-2-2 four-wheeled locomotive.

0-4-0 locomotives were built as tank locomotives as well as tender locomotives. The former were more common in Europe and the latter in the United States, except in the tightest of situations such as that of a shop switcher, where overall length was a concern. The earliest 0-4-0 locomotives were tender engines and appeared as early as c. 1802. The 0-4-0 tank engines were introduced in the early 1850s. The type was found to be so useful in many locations that they continued to be built for more than a century and existed until the end of the steam era.

Richard Trevithick's Coalbrookedale (1802), Pen-y-Darren (1804) and Newcastle (1805) locomotives were of the 0-4-0 type, although in their cases the wheels were connected by a single gear wheel. The first 0-4-0 to use coupling rods was Locomotion No. 1, built by Robert Stephenson and Company for the Stockton and Darlington Railway in 1825. Stephenson also built the Lancashire Witch in 1828, and Timothy Hackworth built Sans Pareil which ran at the Rainhill Trials in 1829. The latter two locomotives later worked on the Bolton and Leigh Railway.

A four-wheeled configuration, where all the wheels are driving wheels, uses all the locomotive's mass for traction but is inherently unstable at speed. The type was therefore mainly used for switchers (United States) and shunters (United Kingdom). Because of the lack of stability, tender engines of this type were only built for a few decades in the United Kingdom. They were built for a longer period in the United States.

The possible tractive effort of an 0-4-0 within normal axle load limits was not enough to move large loads. By 1900, they had therefore largely been superseded for most purposes by locomotives with more complex wheel arrangements. They nevertheless continued to be used in situations where tighter radius curves existed or the shorter length was an advantage. Thus, they were commonly employed in dockyard work, industrial tramways, or as shop switchers.

The wheel arrangement was also used on specialized types such as fireless locomotives, crane tanks, tram engines and geared steam locomotives. It was also widely used on narrow gauge railways.

Tender locomotives
In the United States, the Best Friend of Charleston was the first locomotive to be built entirely within the United States. It was built in 1830 for the South Carolina Canal and Rail Road Company by the West Point Foundry of New York.

The John Bull was built by Robert Stephenson and Company for the Camden and Amboy Railroad in New Jersey in 1831, but was later rebuilt as a 4-2-0.

The Pennsylvania Railroad kept producing 0-4-0 classes long after all other major railroads had abandoned development of the type, building their final A5s class into the 1920s. The A5s was a monster among 0-4-0s, larger than many 0-6-0 designs, with modern features found on few others of its type, such as superheating, power reverse, and piston valves. The Pennsylvania Railroad continued to build the type because it had a large amount of confined and tight industrial track, more than most other railroads had. 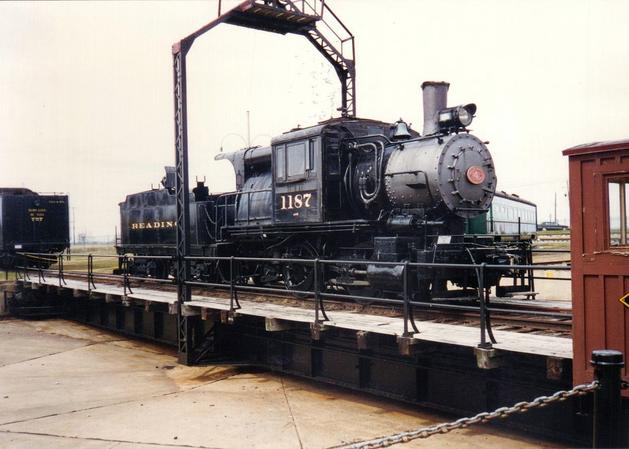 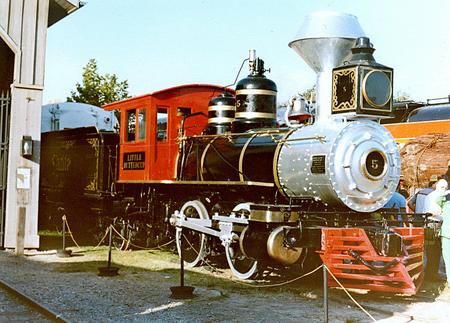 PRR 0-4-0 Camelback steam locomotive No. 1187 on the turntable at the Strasburg, Pennsylvania Railroad Museum.