A diagram of the 0-4-2 wheel arrangement depicting two large coupled wheels and a single small trailing wheel. The front of locomotive is at left.

The earliest recorded 0-4-2 locomotives were three goods engines built by Robert Stephenson and Company for the Stanhope and Tyne Railway in 1834.

The first locomotive built in Germany in 1838, the Saxonia, was also an 0-4-2. In the same year Todd, Kitson and Laird built two examples for the Liverpool and Manchester Railway, one of which, LMR 57 Lion, has been preserved. The Lion had a top speed of 45 miles per hour (72 kilometers per hour) and could pull up to 200 tons (203 tonnes).

Over the next quarter of a century, the type was adopted by many early British railways for freight haulage since it afforded greater adhesion than the contemporary 2-2-2 passenger configuration, although in time they were also used for mixed traffic duties.

Usage in Hawaii
Although the type was not used by any major railroads in North America, H.K. Porter, Inc. and the Baldwin Locomotive Works produced many small tank locomotives of this type for industrial and plantation work. The 0-4-2T Olomana, built by Baldwin in 1883, is an example of such types. The Olomana arrived in the Kingdom of Hawaii in August 1883, after a two-month journey around Cape Horn. It was owned by Waimanalo Sugar Company on the island of Oahu and hauled sugar cane from the fields to the sugar refinery. 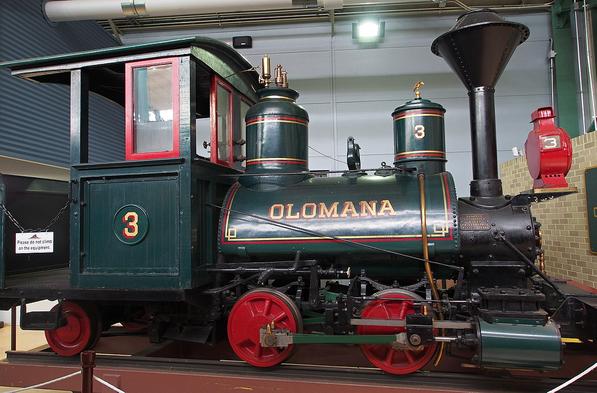 Waimanalo Sugar Company 0-4-2 locomotive No. 3, "Olomana" at the Railroad Museum of Pennsylvania.