Diagram of the 0-6-6-0 Wheel Arrangement: six driving wheels in two trios, each trio joined by side rods. 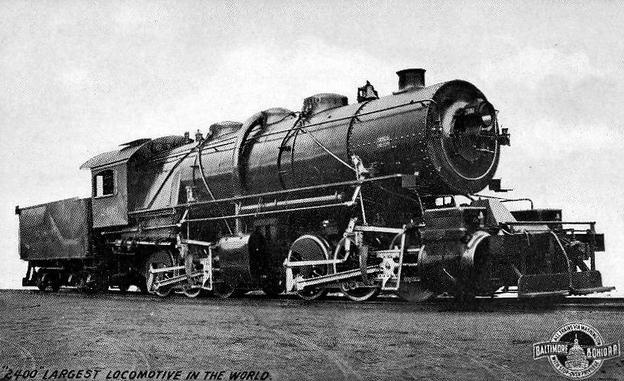 A similar wheel arrangement exists for Double Fairlie, Meyer, Kitson-Meyer and Garratt articulated locomotives, but on these types it is referred to as 0-6-0+0-6-0 since both engine units are pivoting.

The 0-6-6-0 wheel arrangement was used mostly on Mallet locomotives, on which the engine units were mounted either in tandem or facing each other.

Usage
Canada
The only compound Mallets to operate in Canada were the R1 class 0-6-6-0 Vaughan design locomotives, with the cylinder ends of the engine units facing each other. The class was owned by the Canadian Pacific Railway and served on the Big Hill in British Columbia, which had a 4.1% grade. Five locomotives were built between 1909 and 1911. A sixth one was built, but it was a simple expansion Mallet with two sets of high-pressure cylinders. All the locomotives in this class were later converted to 2-10-0 types and were used as shunting and transfer engines in Montreal.

United States
The first Mallet locomotive in North America was built in the United States and was of this type, the Baltimore and Ohio Railroad Class O no. 2400. Nicknamed Old Maude after a cartoon mule, it had a 71,500 pounds-force (318 kilonewtons) tractive effort and was a great success despite a top speed of only 21 miles per hour (34 km per hour).

The Kansas City Southern used the type as freight engines, with pilots, and had the most of them with twelve locomotives. The 0-6-6-0 wheel arrangement was also used to a limited extent on logging railroads and in mountain terminals.

The Western Maryland Railway had a small fleet of 2-6-6-2 locomotives which, at one time, were the heaviest locomotives in the world, weighing 264 Tons. They were all converted to 0-6-6-0 locomotives for heavy switching.