2-4-2 Columbia-type of Locomotive designed for high speed by the Baldwin Locomotive Works, 1893.

2-4-2 "Columbia" Steam Locomotive
Under the Whyte notation for the classification of steam locomotives, 2-4-2 represents the wheel arrangement of two leading wheels on one axle, four powered and coupled driving wheels on two axles and two trailing wheels on one axle. The type is sometimes named Columbia after a Baldwin 2-4-2 locomotive was showcased at the 1893 World's Columbian Exposition held at Chicago, Illinois.

When the leading and trailing wheels are in swiveling trucks, the equivalent UIC classification is 1'B1'. While a number of 2-4-2 tender locomotives were built, larger tender locomotive types soon became dominant. 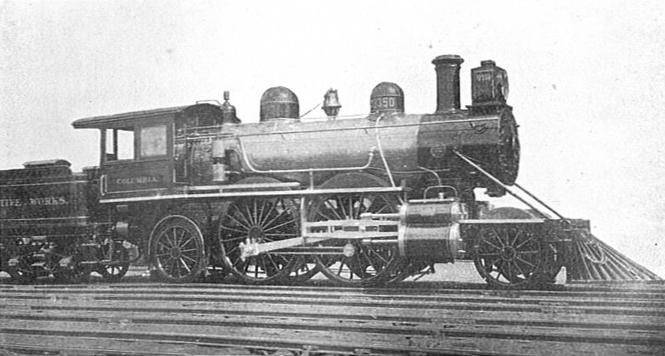