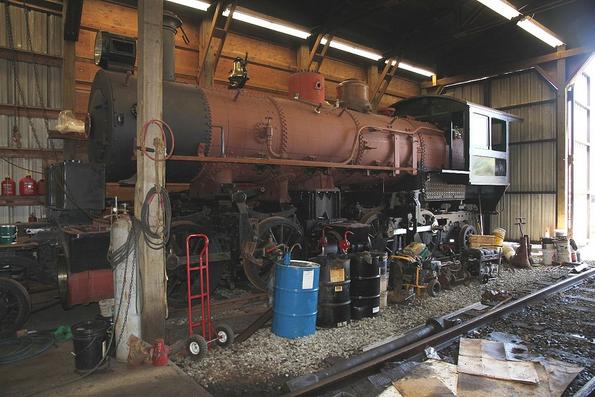 A diagram of the 2-4-4-2 wheel arrangement, showing one set of leading wheels, two sets of four coupled driving wheels, and one set of trailing wheels.

The UIC classification is refined to (1'B)B1' for a Mallet locomotive.

US Examples
This articulated wheel arrangement was rare in North America. Most were built as logging locomotives, presumably to better negotiate the uneven (and often temporary) trackwork that characterized such operations. The added mechanical complexity was found to be of dubious value, as reflected in their limited production and use.

There is one known surviving example: The Deep River Logging No. 7 "Skookum" (former Little River No. 126), Built by Baldwin Locomotive Works in June 1909. Retired and abandoned in place in the forest following a derailment wreck in 1955. As of September 2018, it is nearing completion of restoration to operating condition at the Oregon Coast Scenic Railroad shop in Garibaldi, Oregon.