2-6-2 "Prairie" Steam Locomotive
Under the Whyte notation for the classification of steam locomotives, 2-6-2 represents the wheel arrangement of two leading wheels, six coupled driving wheels and two trailing wheels. This arrangement is commonly called a Prairie.

As with the 2-10-2, the major problem with the 2-6-2 is that these engines have a symmetrical wheel layout, wherein the center of gravity is almost over the center driving wheel. The reciprocation rods, when working near the center of gravity, induce severe side-to-side nosing which results in severe instability if unrestrained either by a long wheelbase or by the leading and trailing trucks. Though some engines, like the Chicago and Great Western of 1903, had the connecting rod aligned onto the third driver, most examples were powered via the second driver and were prone to the nosing problem.

Standard gauge
In the United States, the type evolved from the 2-6-0 configuration. The Atchison, Topeka and Santa Fe Railway (AT&SF) became a pioneer of the type in the United States in 1901 and one of the largest fleet users of the type. Problems the road encountered with the type included steam leakage in the compound cylinder plumbing and instability at speed. The former problem was solved by converting them to simplex two-cylinder locomotives; the latter problem required new Pacific types with four-wheeled guide trucks. The Prairie types were rebuilt with smaller drivers for slightly slower fast freight service. These engines tended to enjoy very long service lives, and outlasted many a newer, more efficient steam locomotive on the Santa Fe and elsewhere. This was due to their modest weight, good speed and ability to operate well in reverse, which made them valuable for branch line operations.

More than a thousand examples of the 2-6-2 wheel arrangement existed in the United States. Of these, one hundred were high-wheeled engines with larger than 69 inches (1,753 millimeters) drivers. The Lake Shore & Michigan Southern operated locomotives with 80 inches (2,032 millimeters) drivers, but this did not overcome their inherent instability. They were never as successful in passenger service in the U.S. as they were in other nations.

Diagram of the 2-6-2 Wheel Arrangement: one small leading wheel, three large driving wheels joined together with a coupling rod, and one small trailing wheel. 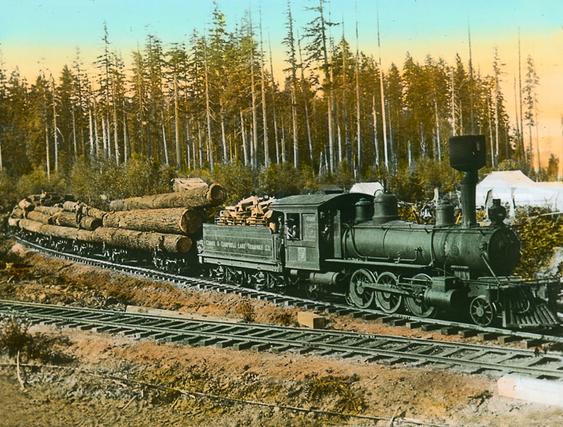