The UIC classification is refined to (1'C)D for Mallet locomotives.

Examples
This type of articulated locomotive is unusual in having different numbers of driving axles in each set, It was only found in the United States of America and with very few Railroad users. The Great Northern Railway and the Alabama Great Southern a predecessor of the Southern Railway, both in the United States, were the sole users of this type of locomotive. Great Northern received 35, numbered 1950–1984, designated class M-1, from Baldwin in 1910. In 1926 and 1927 the M1s were rebuilt to use simple expansion and were re-designated class M-2. Most of the M-2s did not last long, being converted to class O-7 2-8-2s between 1929 and 1931; the thirteen exceptions were not retired until 1949–1954. The AGS had a single example in this classification, number 300.

This unusual wheel arrangement was the subject of some experimentation. The Erie Railroad briefly had a locomotive of this type numbered 2900, but it was rebuilt to a 2-8-0 in 1916 after only six years. The Baldwin Locomotive Works marketed a front end "kit" whereby conventional 2-8-0 locomotives could be converted to 2-6-8-0 types. None of the Original 2-6-8-0's were preserved.

During World War II, Deutsche Reichsbahn started work on a condensing 2-6-8-0, but it was never completed. 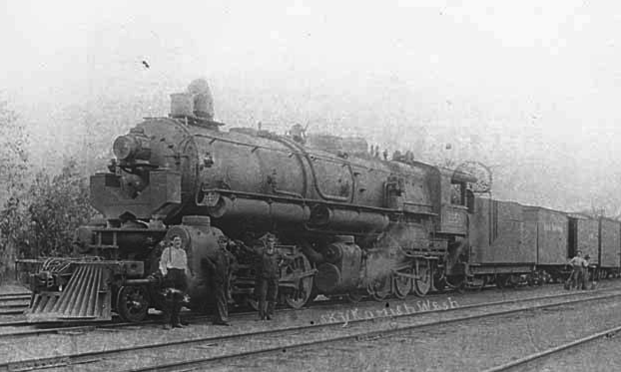