This wheel arrangement was mainly used on various tank locomotive configurations. Eight 4-2-4 well-and back-tank locomotives which entered service on the Bristol and Exeter Railway in 1853 appear to have been the first with this wheel arrangement. The engine was designed by James Pearson, the railway company's engineer, and featured single large flangeless driving wheels between two supporting four-wheeled bogies. The water was carried in both well- and back-tanks, leaving the boilers exposed in the same way as on most tender locomotives.

Useage in the United States of America
The engine C.P. Huntington was one of three identical 4-2-4 tank locomotives. They were the first locomotives to be purchased by Southern Pacific Railroad in 1863, for use on light commuter services in the Sacramento area. The locomotives had serious shortcomings. The single driving axle did not carry the full weight of the engine's rear end due to the trailing truck and, in addition to being too light, it therefore lacked adhesion to reliably pull trains, especially on gradients. The short water tank on the Forney-type frame prevented the locomotives from travelling any moderate distance without consuming all of their water. As a result, these locomotives were only used when absolutely necessary.

In 1863, a sister engine, the T.D. Judah, was built by the Cooke Locomotive Works for a railroad which was unable to pay for it and was purchased by the Central Pacific Railroad. This locomotive was rebuilt to a 4-2-2 wheel arrangement in 1872.

In Fiction
The Little Blue Engine from the original 1906 book The Little Engine That Could was a Forney with this wheel arrangement. 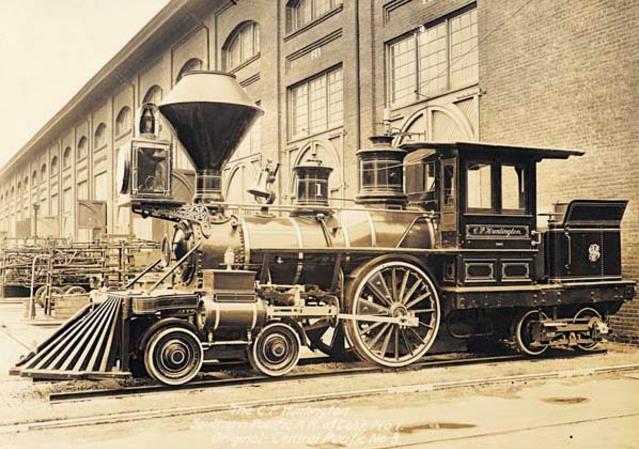