Canada
The Canadian Pacific Railway built two classes of 4-4-4 "Jubilee" locomotives. Both were semi-streamlined, in a similar fashion to the 4-6-4 "Royal Hudson" and 2-10-4 "Selkirk" locomotives. The F2a was styled after the Milwaukee Road "Hiawatha" 4-4-2 "Atlantic", but with a four-wheel trailing truck to support a longer firebox.

Class F2a consisted of five locomotives, Nos. 3000-3004. They can be most easily distinguished from the other type through the main rods being connected to the leading pair of drivers. Some trouble was discovered with this arrangement, as they had a tendency to bend the main rods in reverse. However, they did hold the Canadian record for speed, at 112.5 mph, during a braking test. The pilot was smoothly rounded and streamlined, with two stainless-steel bands. None of this group survive.

Class F1a consisted of twenty locomotives, Nos. 2910-2929. These had the main rods connected to the trailing set of drivers, and a more regular pilot, with a straight pilot beam, a drop-coupler sheet steel pilot below that, and a more regular front deck. Two of this class of locomotive, Nos. 2928 and 2929, have survived. No. 2928 is at the Canadian Railway Museum in Delson, Quebec, while No. 2929 is at Steamtown National Historic Site in Scranton, Pennsylvania.

Usage
A single, experimental 4-4-4, classified as S 2/6, was built for the Royal Bavarian State Railway Company in 1906 by the firm of J.A. Maffei. It was successful in an experimental sense but was too light to haul passenger trains of useful capacity. It was fast, attaining 154 km/h (96 mph) on test, and was semi-streamlined with a pointed nosecone and fairings around the cylinders, stack and dome, and slanted-back cab windows. It inspired the later Bavarian S 3/6 4-6-2 "Pacifics". It passed to the Deutsche Reichseisenbahnen when the German railways were centralized, and was classified as BR 15, number 15 001. It was taken out of service in 1925, and was restored by Maffei to be exhibited at the Munich Transport Exhibition of that year. After the exhibition ended, it was placed in the Nuremberg Transport Museum, where it remains.

United States
The Philadelphia and Reading Railway built four C1a Class locomotives in 1915. They proved to be quite unstable; after that year, they were rebuilt to 4-4-2 "Atlantic" locomotives. The Baltimore and Ohio Railroad created a single 4-4-4 in 1934, rebuilding a 4-4-2 "Atlantic" into a solitary class J-1, named Lady Baltimore. Along with the single class V-2 4-6-4 Lord Baltimore, it was built for new lightweight passenger trains, in the Lady Baltimore's case the Abraham Lincoln on the Chicago and Alton Railroad, a wholly owned subsidiary of the B&O. Despite the Alton's flat territory and straight track, the locomotive did not do well. It was returned to the B&O and was again modified at the railroad's Mount Clare shops, a less streamlined cab and front end being fitted. Subsequently, it was placed into local service on the railroad's Wheeling Division, mostly operating between Holloway and Cleveland, Ohio. It proved no more successful in that service, and was sent to the B&O's Riverside Shop for storage; it was scrapped in 1949. 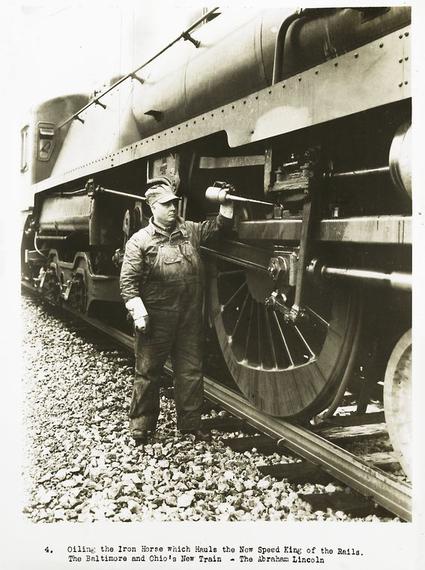 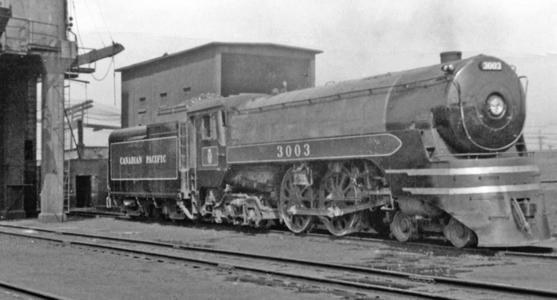 Canadian Pacific Railways Class "F1a" or "Jubilee" 4-4-4 No. 2929, built by CLC (No.1943) in 1936. Five "F1a's" and Five "F2a's" were built in 1936 and 1938 respectively for high speed lightweight (200–500 tons) express service between Montreal and Quebec City. They were the last North American steam locos built specifically to win passengers back to the railway. They were withdrawn 1957-61. A very rare wheel arrangement indeed, but beautiful engines. Shown here at Steamtown in Bellows Falls,  August, 1970.    Hugh Llewelyn [CC BY-SA 2.0 (http://creativecommons.org/licenses/by-sa/2.0)], via Wikimedia Commons 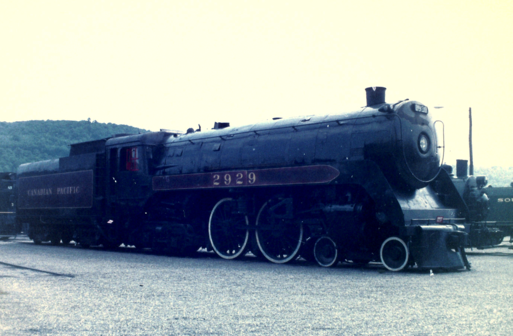 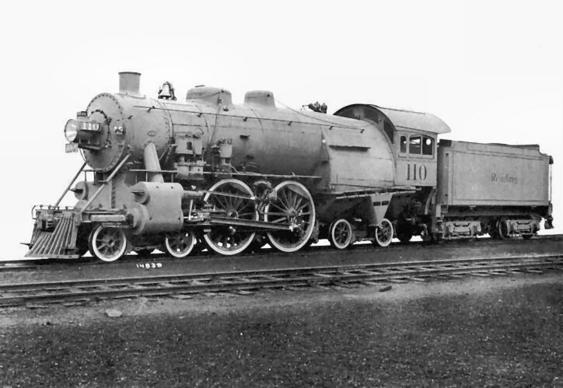