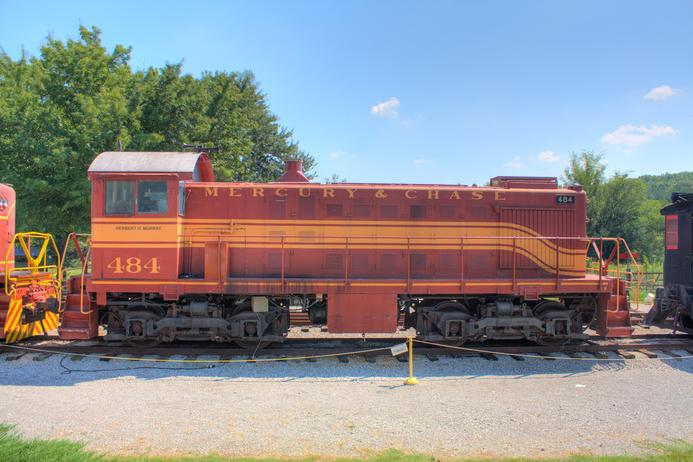 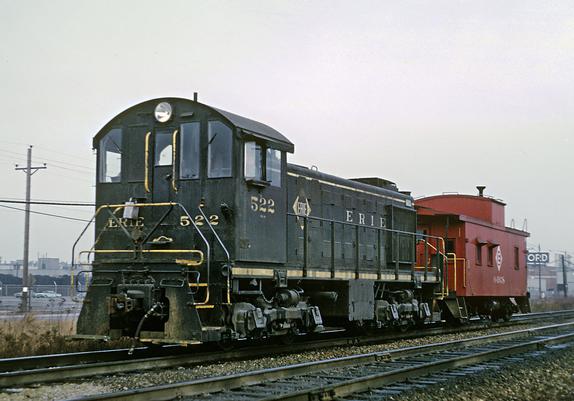 ALCO S-2 and S-4 Diesel-Electric Locomotive
The ALCO S2 and S4 were 1,000 horsepower (746 kW) diesel electric switchers produced by ALCO and Canadian licensee Montreal Locomotive Works (MLW). Basically, the two locomotives differed only in trucks, with the S-2 using ALCO's own "Blunt" trucks, and the S-4 riding on standard AAR type A switcher trucks. Both were powered by ALCO 539 turbocharged, 6-cylinder diesels. The S-2 was built between August 1940 and June 1950, with a total of 1502 completed, while the S-4 was constructed between June 1949 and August 1957 (MLW until 1957) with total sales of 797. Canadian production of the S-4 started more than a year before U S production of the S-4. ALCO did not start building the S-4 until August 1950. A modified version, the S-7, was built by MLW only; 29 were built between June and August 1957.

Design
The exterior of the locomotives were styled by an Alco engineer, Ray Patten, using curves in a mild application of Art Deco principles.

Identification
The S-2 and S-4 are distinguishable externally from the very similar S-1 and S-3 660 hp (492 kW) switchers in that they have a larger exhaust stack with an oblong base and a larger radiator shutter area on the nose sides. The S-1/S-3 radiator shutter area is taller than it is wide, while the S-2/S-4 radiator area is wider. The larger stack is due to turbocharging. The carbody and cab of late S-2s are nearly indistinguishable from those of S-4s. Hence, a truck swap can cause many to misidentify a unit.

Survivors
A few S4s are still in service on shortline railroads around the United States. Several more are preserved in US and Canadian railroad museums.

An S-2, of D&RGW heritage, survives on the Big South Fork Scenic Railway, as number 102. It was purchased in 1963 for the Kentucky and Tennessee Railway, and is in operable condition in Stearns, Kentucky.

SP 1474 is in operation, in rotation, at the Orange Empire Railway Museum in Perris, CA, pulling a tourist train on weekends.

The Cooperstown and Charlotte Valley Railroad operates a pair of restored ex-Canadian National units. S4 No. 3051 and S7 No. 3052 are both in regular tourist passenger and maintenance of way service between Milford and Cooperstown, NY.

Muskogee, Oklahoma at the Three Rivers Museum a S-2 No. 63-138 sits outside in the back of the Midland Valley Station.

Louisville & Nashville rebuilt many of their Alco switchers with 12-567 EMD prime movers in an effort to standardize their switching fleet. One of these, S4 (or S4m as rebuilt) No. 2326 survives at Gerdau Ameristeel in Cartersville, GA. Ameristeel recently donated the locomotive to the Southeastern Railway Museum at Duluth, GA.

The Oil Creek and Titusville Railroad operates S-2s No. 75 and No. 85 on its tourist/freight railroad.

The Virginia & Truckee Railroad acquired an S-4 from PPL Montana in 2010. The locomotive is in operable condition & slowly being repainted to the railroad's diesel colors.

Class III railroad Toledo, Lake Erie, and Western owns four ALCO S-2 and S-4s. TLEW 62, a S-2 purchased in 2012, ex. Delray Cement 62, TLEW 112, a S-2 that was part of the original TLEW roster, now reduced to a parts unit as of 2010, TLEW 5109, a S-4, and the only operating ALCO on the line currently. 5109 recently was repainted into its original Chesapeake and Ohio colors in September 2013. TLEW 5109's horn was stolen during the repainting process. TLEW 9752, a S-4 of Penn Central and Pittsburgh & Lake Erie heritage, was not used much, and was eventually scrapped for parts in October 2010.

Heritage Cooperative in Mechanicsburg, Ohio, is the latest in a string of owners for the former Baltimore & Ohio 9040, an operating S-2 that retains her second B&O number. She was built as B&O 496 in 1945.

The North Alabama Railroad Museum in Huntsville, Alabama runs an S-2 in regular tourist excursions, Mercury and Chase No. 213. It also owns another S-2, Mercury & Chase No. 484, which is temporarily out of service due to repairs. They also have ex-Santa Fe No. 1534, which is an S-4.

In the mid-1960s, Hamersley Iron purchased an S-2 for use in the Pilbara region of Western Australia.

The Beech Mountain Railroad at Alexander, in North Central West Virginia Rosters an S-2, numbered 113 and an S-4, numbered 115 for their 8 mile long coal hauling line. Both were built new for Michigan Limestone and Chemical Company. 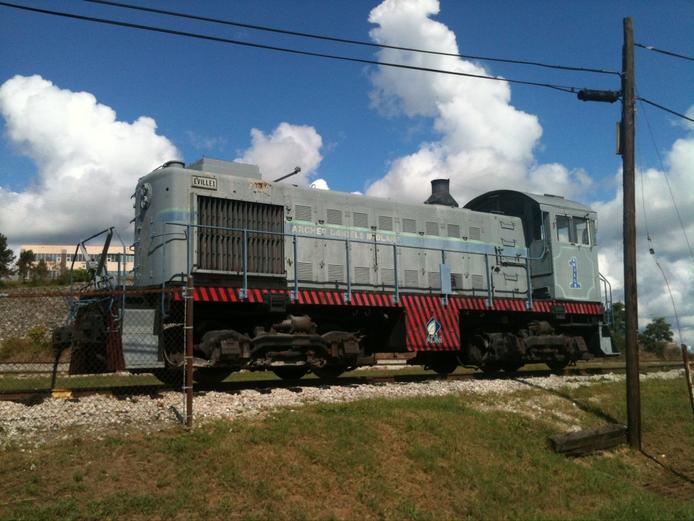