The Baltimore and Ohio Railroad P-7 class was comprised of 21 4-6-2 Pacific-type locomotives. 20 units were built by the Baldwin Locomotive Works between 1927 and 1928. These were numbered from 5300 to 5319 and named after American presidents. One additional locomotive was built by the B&O shops and numbered 5320, which brought the total number in the class to 21.

The basic design was of the P7 class was taken from the USRA Heavy Pacific, however the B&O units were visually unique, and with many different sub-classes (P-7a,b,c,d, etc.) and subsequent modifications, the individual units were often visually unique to each other.

B&O No. 5304, the “President Monroe” was the only locomotive in the class to actually be streamlined at two different times during its working career. It was first streamlined in 1937 by the famous industrial designer Otto Kuhler and re-classed as a P-7a. In this streamlined format, it was named “The Royal Blue” and pulled a matching train. Due to its shape, it was soon nicknamed “The Bullet”. No. 5304's streamlined shrouding was removed around 1939-40 and the engine was again returned to an ordinary P7 class locomotive. In 1946, the locomotive was again streamlined for use on the B&O's new Cincinattian passenger train.

The B&O inaugurated the Cincinattian on January 19, 1947, with service between Baltimore, Maryland and Cincinnati, Ohio. The Cincinnatian is most famed for its original dedicated equipment, rebuilt in the B&O Mount Clare Shops. The design work was done by Olive Dennis, a pioneering civil engineer employed by the railroad and appointed by Daniel Willard to a special position in charge of such work for passenger service. Four P-7 "president" class Pacific locomotives (Nos. 5301-5304) were rebuilt and shrouded as class P-7d, with roller bearings on all axles and larger six-axle tenders. Older heavyweight passenger cars were completely stripped and rebuilt as streamliners. The livery used the blue and gray scheme designed by Otto Kuhler, which Dennis laid on the engine and tender in a pattern of horizontal stripes and angled lines.

Disposition: Most units retired by 1957. 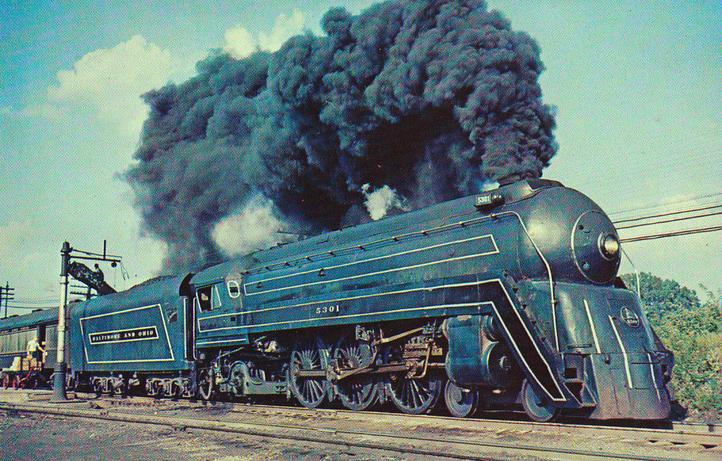 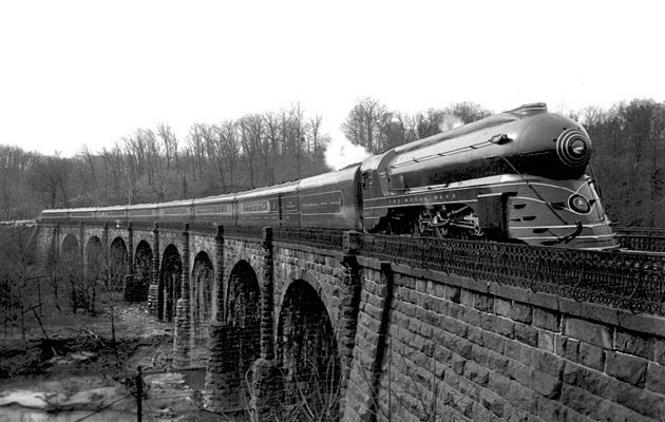 The Royal Blue on the Thomas Viaduct, south of Baltimore, in a posed 1937 publicity photo. The locomotive is P-7a class No. 5304, streamlined by Otto Kuhler.