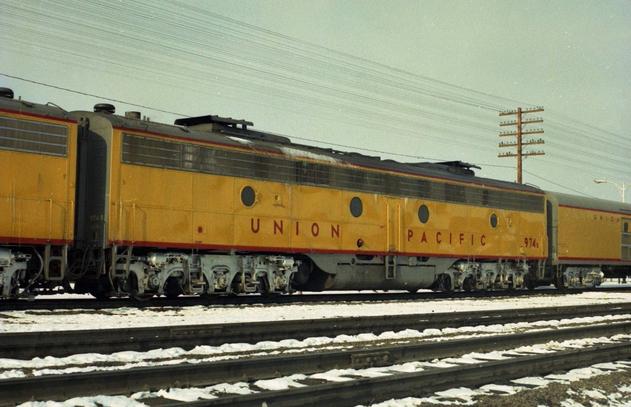 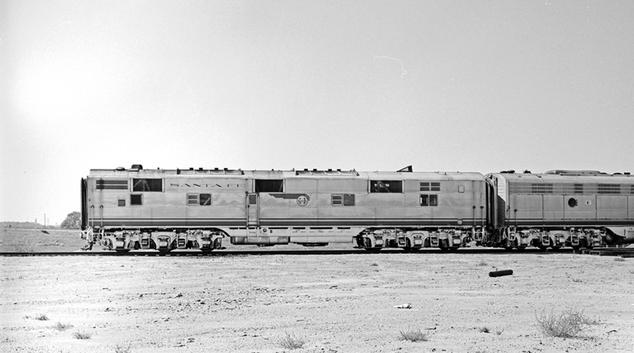 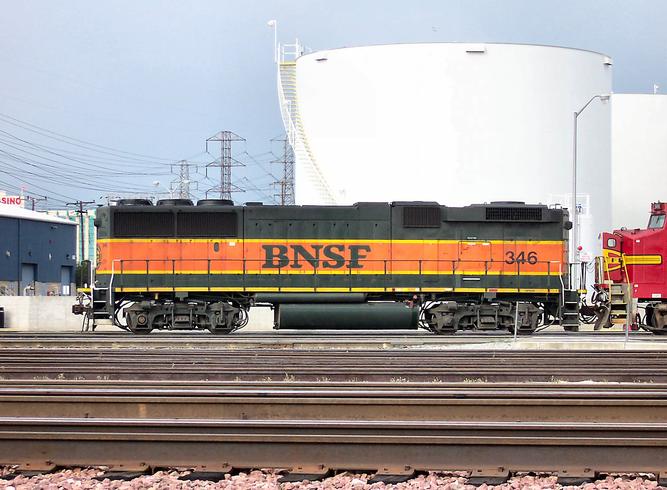 Burlington Northern Santa Fe Railway diesel locomotive, an EMD GP60B, at the BNSF's Commerce Mechanical Facility at Commerce, California, USA. This is a rare example of a cabless "B unit" still in use today. The Santa Fe was one of the last railroads to order such locomotives.  By User:Morven - Own work, CC BY-SA 3.0, https://commons.wikimedia.org/w/index.php?curid=59854 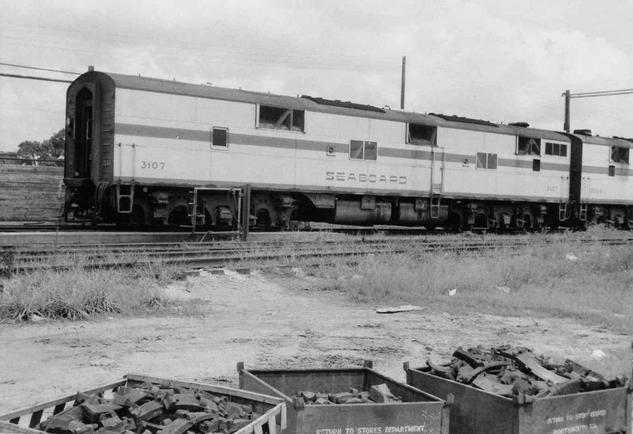 B Unit
A B unit, in railroad terminology, is a locomotive unit (generally a diesel locomotive) which does not have a driving cab or crew compartment, and must therefore be controlled from another, coupled locomotive with a driving cab (an A unit). The terms booster unit and cabless are also used. The concept is largely confined to North America. Elsewhere, locomotives without driving cabs are rare.

Controls
Some B units cannot be moved without a controlling unit attached, but most have some simple controls inside, and often a side window at that control station. For example, B unit versions of the EMD FT with conventional couplers had a fifth porthole-style window added on the right side only for the control station. Other models used existing windows. These controls enable a hostler to move the B-unit locomotive by itself in a yard or shops. (A hostler is an employee permitted to move locomotives within the confines of a yard or shops complex, but not on the main railroad.) B units without controls are generally semi-permanently coupled to controlling units. Sometimes, there is a terminology distinction between the types: a booster is a B unit with hostler controls, and a slave is a B unit without hostler controls.

Reasons for use
The reasons railroads ordered B units included the fact that a B unit was slightly cheaper. With no driving cab, B units lack windshields, crew seats, radios, heating, and air conditioning. There would also be no toilets, which were usually found in the short hood of an A unit. Additionally, at first, railroads bought multiple-unit diesel locomotives as one-for-one replacements for steam locomotives; as a result, railroads could not take advantage of the flexibility afforded by interchangeable units, which could be assembled into any required power output. When a three- or four-unit locomotive was considered an indivisible unit, there was no point in the intermediate units having cabs. Finally, B units gave a smoother line to the train for passenger service.

The B unit era
B units were commonly built in the cab unit days in the 1930s, 1940s, 1950s and 1960s. When hood unit road switchers  became the common kind of diesel locomotive, some B units were built, but many railroads soon came to the opinion that the lower cost of a B unit did not offset the lack of operational flexibility. Few B units have been built in the last 40 years. Railroads that kept ordering B units longer than most were largely Western roads, including the Southern Pacific, Union Pacific, Burlington Northern, and the Santa Fe. Santa Fe ordered the GP60B model in 1991, which were the final B units built for road service in North America as of 2005.

Conversions
In some cases, a B unit is converted from an already existing A unit. The cab is either removed or has its windows blanked out (such as on CSX GE BQ23-7 units), and all non-essential equipment is removed. The degree to which this equipment is removed depends on the railroad, but may (and usually) include the removal of the speedometer, event recorder, horn, headlights, toilet, and cab heaters. This conversion was sometimes performed when the A unit had been in a collision and rebuilding the cab was not cost-effective. In some rare instances, B units were converted to incorporate a cab, such as on the Chicago and North Western Railway in the 1970s with some EMD E8B units bought from the Union Pacific. The home-built cabs were referred to as "Crandall Cabs." Also, the Santa Fe rebuilt four of its five GP7Bs to GP9us with cabs. In the Illinois Central Gulf's GP11 rebuild program, some of the engines used were ex-UP GP9Bs, and in their SD20 program, some ex-UP SD24Bs were also used. BNSF converted a former ATSF GP60B No. 370 into a cab unit and was renumbered to No. 170 in 2010.

Unusual consists
In rare instances, a B unit will run at the front of a train. This is avoided because it limits visibility from the locomotive cab, but locomotive orientation and operational requirements may dictate the B-unit running first.

List of B unit locomotive models
These are all known B unit models, with discrepancies settled by the later (Marre) reference. At least one of each model was manufactured. All units below contain one or more engines and traction motors, so slugs and snails are not listed. Cow-calf units are also not listed, since these were considered a single locomotive. The New York City Revenue cars 66 and 67 were R8A units which were B units also.