Baldwin DR-12-8-1500/2 Diesel Locomotive
The Baldwin DR-12-8-1500/2 (known informally as the Centipede) was the Baldwin Locomotive Works' first serious attempt at a production road diesel locomotive. The Baldwin type designation was '​DR-12-8-1500/2, '​ meaning "D"iesel "R"oad locomotive, with 12 axles (8 of which were driven), and two engines of 1,500 horsepower each. The trucks were configured in a 2-D+D-2 wheel arrangement. The nickname came from the numerous axles set in a nearly unbroken line, much like the legs of a centipede.

History
Built between December 1945 and July 1948, the "Babyface" design reflected Baldwin steam and electric locomotive practice. The carbody rode on two massive articulated cast steel half-frames cast by General Steel Castings, linked at the middle with a hinged joint. Unpowered four-wheel trucks at each end guided the locomotive through curves for stability at speed. Internal wiring was passed through metal conduits exactly like those used on a steam locomotive, which proved troublesome in practice.

The prototype 2-unit set was built in 1945 and toured American railroads. Orders followed from the Pennsylvania Railroad, the Seaboard Air Line Railroad, and the National Railways of Mexico (NdeM). The two demonstrators (originally ordered by Union Pacific Railroad as No. 998 and No. 999) were never sold and were eventually scrapped. The "Centipedes" were eventually made obsolete by advances in locomotive design and technology. Reliability was an ongoing problem, and as they were built one at a time (like steam engines) each one was a bit different in the placement of wiring and equipment, which complicated even routine maintenance. The PRR units were eventually derated and relegated to helper service. All units were eventually scrapped and none of them are known to exist today.

Footnote
In 1943 Baldwin built an experimental 6,000 horsepower "Centipede" as a demonstrator unit, which was assigned road No. 6000. The uniquely styled unit, with its upright, aggressive prow, also utilized the 2-D+D-2 wheel arrangement, but was to be powered with eight V8 diesel engines, though only four were actually installed. The lone unit was scrapped soon after production, and its running gear was used for the Baldwin "Centipede" demonstrator also numbered 6000. 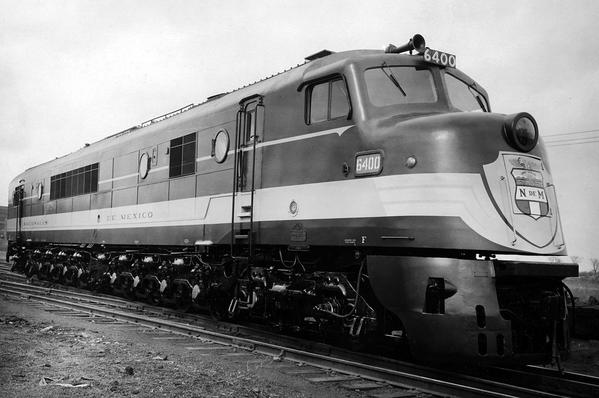 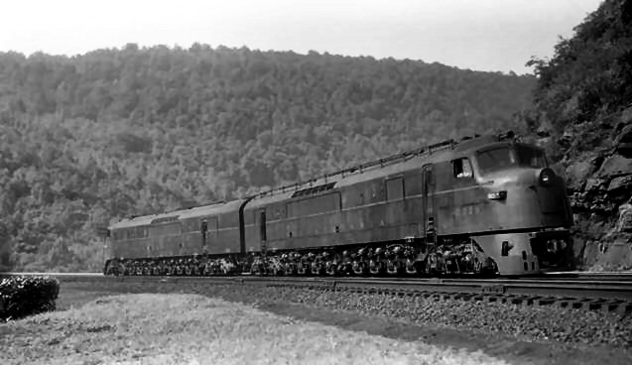 "Centipedes" of the Pennsylvania Railroad are seen here returning around Horseshoe Curve to the bottom to await another assignment in July 1953. All PRR units were semi-permanently coupled back-to-back, in pairs.    "PRR BH50 x2" by http://digital.denverlibrary.org/cdm/ref/collection/p15330coll22/id/62253. Licensed under Fair use via Wikipedia - https://en.wikipedia.org/wiki/File:PRR_BH50_x2.jpg#/media/File:PRR_BH50_x2.jpg

Pennsylvania Railroad Class BP-1 No. 5824, from a PRR promotional booklet. 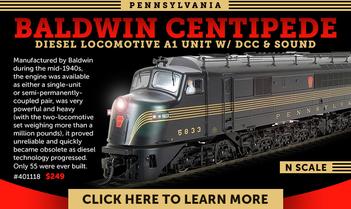 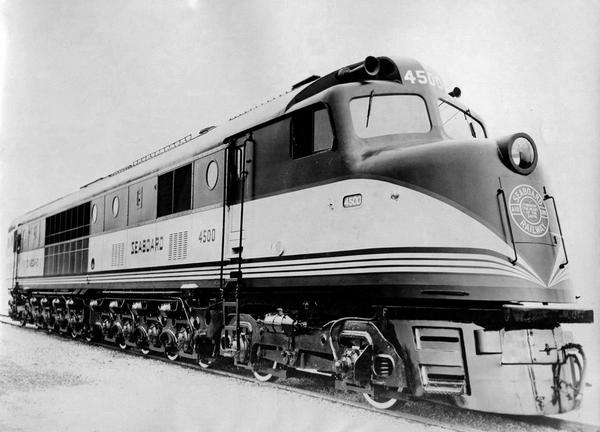 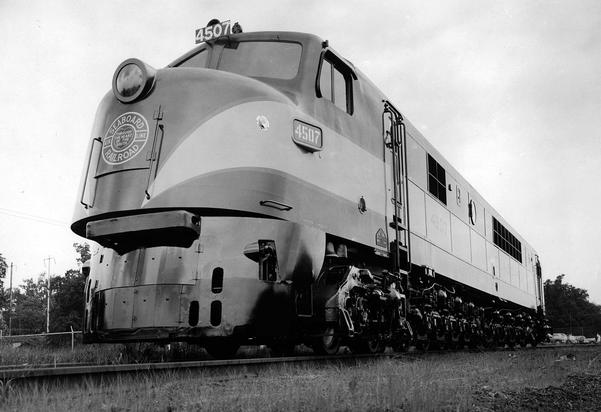 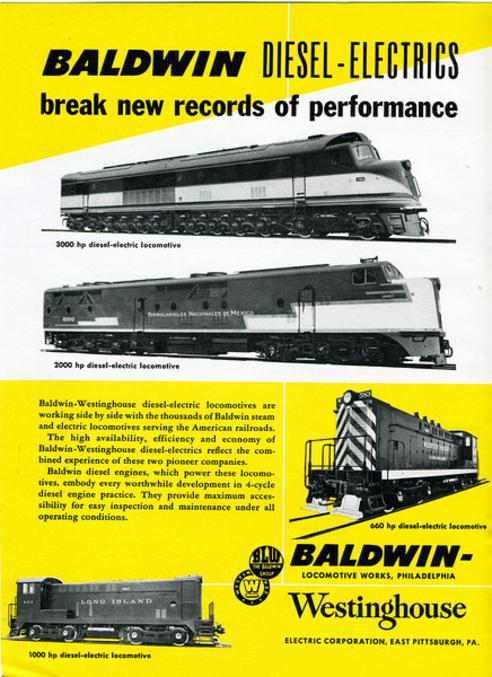 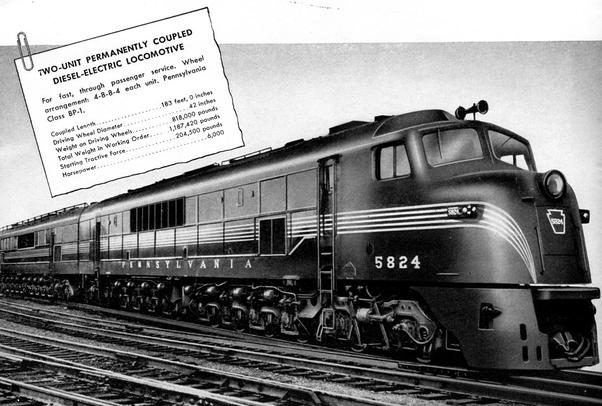