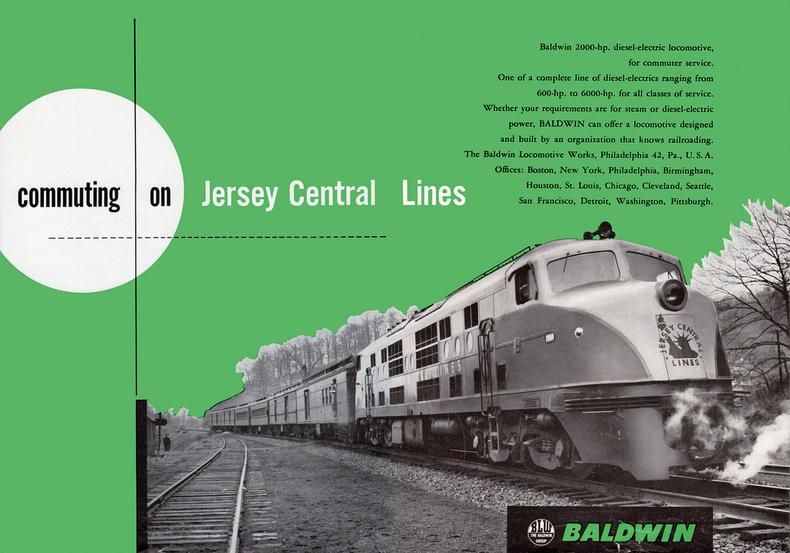 New Jersey Central locomotive No. 2000 at the Terminal Railroad Depot in 1946.

Baldwin DR-6 Diesel Locomotives
Baldwin Locomotive Works produced several different Baldwin DR-6 models of 6-axle passenger train-hauling diesel locomotives between 1945 and 1948. The series comprised eight individual versions, all of which sold only in small numbers; across all versions, only 39 locomotives were produced. Each version was produced only for a single railroad. Many shared the same Baldwin model number, DR-6-4-2000, even though they were rather different; this was because the Baldwin model only encoded the total axles (6), the driven axles (4) and the power output (2,000 hp). The single exception was the single unit produced for the Chicago and North Western Railway, which had a single 1,000 hp engine and was model number DR-6-2-1000. In the AAR wheel arrangement scheme of classification, these locomotives were of A1A-A1A and A1A-3 arrangements, respectively.

Baldwin demonstrators
The first produced version comprised a pair of DR-6-4-2000 demonstrators built in 1945. This, unlike later models, used Baldwin's VO engine model. These locomotives had a unique cab that featured the same upright, aggressive prow as the Baldwin "Centipede" demonstrator but with a shorter nose. They emerged as Baldwin No. 2000 and No. 2001. After demonstrating on a number of railroads, they were sold to Ferrocarriles Nacionales de México (NdeM) and assigned road No. 6000 and No. 6001.

CNJ locomotives
The Central Railroad of New Jersey ordered six DR-6-4-2000 locomotives, Nos. 2000–2005, which were unusual for North American diesel locomotives in that they had driving cabs at both ends. They were thus nicknamed "Janus" locomotives, after the two-faced Roman god of the same name. The cab style was nicknamed "Babyface" and was used by several other Baldwin models. The original paint scheme was a deep, rich blue on the lower part of the locomotive and a golden yellow on the upper, and was very striking. 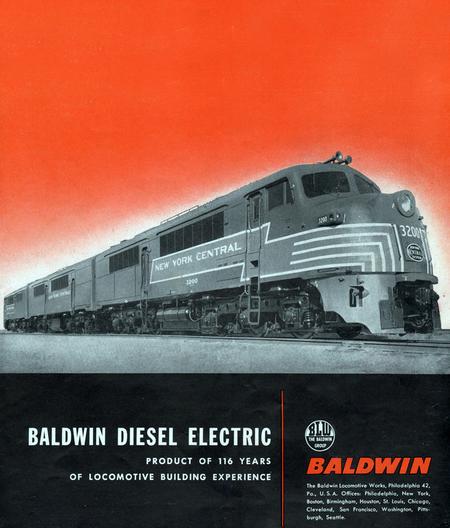 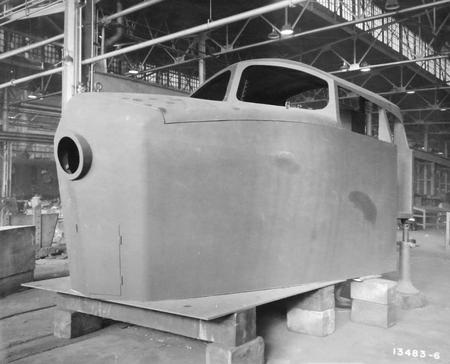 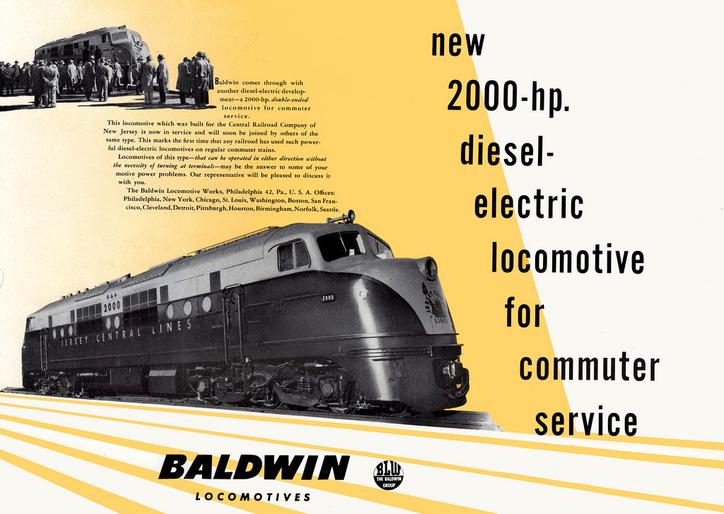 A "Shark Nose" cab unit on the assembly line. 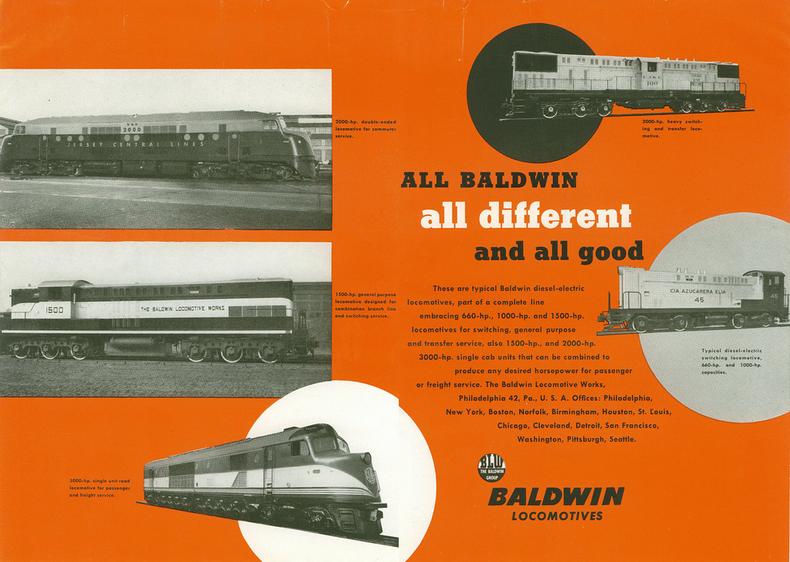 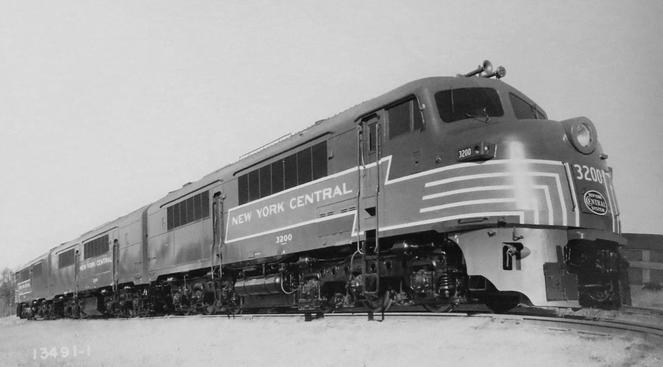 The Gulf, Mobile and Ohio Railroad ordered two locomotives, road No. 280 and No. 281. These were delivered in a single-ended "babyface" carbody.

NdeM locomotive
The Ferrocarriles Nacionales de México ordered one additional DR-6-4-2000 unit after purchasing the two demonstrators. This was assigned road No. 6002 and had nearly identical styling to the demonstrators, but used two 608NA engines instead of their VO power plants.

606SC-engined DR-6-4-2000 locomotives
These were produced exclusively for the Pennsylvania Railroad and were delivered in 1948 in the sharknose body style designed by Raymond Loewy, as diesel running mates to the T1 steam locomotive; also built by Baldwin and similarly styled by Loewy. Eighteen A units and nine B units were produced, producing nine three-unit locomotive sets of 6,000 horsepower. The PRR classified them as BP-20 (Baldwin Passenger, 2,000 horsepower). They were originally used on top-flight express trains such as the Broadway Limited, but problems soon relegated them to lesser service. They ended their days on commuter trains along the New York and Long Branch in New Jersey. A small number were de-rated for use in freight service (re-classified as BF16z).

DR-6-2-1000
A single DR-6-2-1000 locomotive of A1A-3 wheel arrangement was produced for the Chicago and North Western Railway and assigned road No. 5000. This contained only a single 606SC engine of 1,000 horsepower; the rear engine compartment was replaced by a baggage compartment as it hauled mostly local trains. Other locomotive units like this included the Chicago, Rock Island and Pacific Railroad's EMC AB6 in their original form. 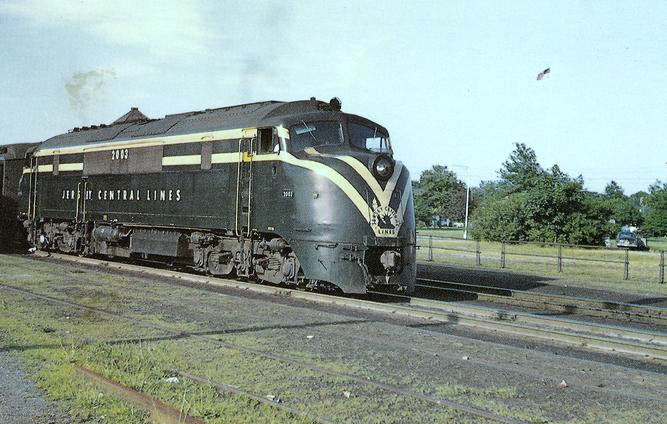 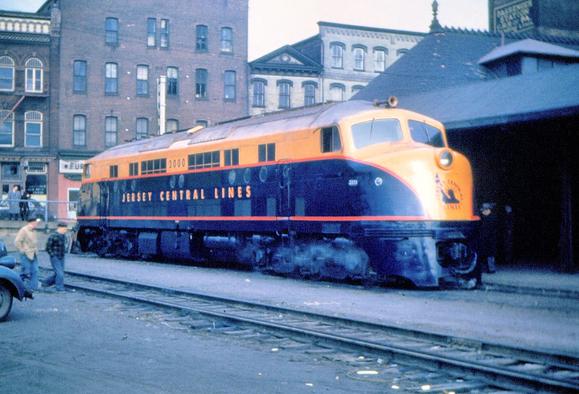