Baldwin DRS-6-4-1500 Diesel-Electric Locomotive
The Baldwin DRS-6-4-1500 was a diesel-electric locomotive of the road switcher type rated at 1,600 horsepower (1,200 kW), that rode on three-axle trucks, having an A1A-A1A wheel arrangement. It was introduced in 1946, and was replaced in Baldwin's catalog by the AS-416 in 1950, but continued in production for export orders until 1952.

Used in much the same manner as its four-axle counterpart, the Baldwin DRS-4-4-1500, though the wheel arrangement spread out the axle load for operation on light rail such as are found on branch lines.

Ninety-one units were sold to ten railroads, but the model did far better in the export market than the domestic – 62 units to three North African countries, versus 29 units to seven railroads.

CAGY No. 601 on display at the Columbus and Greenville Railroad Roundhouse in Columbus, Mississippi. 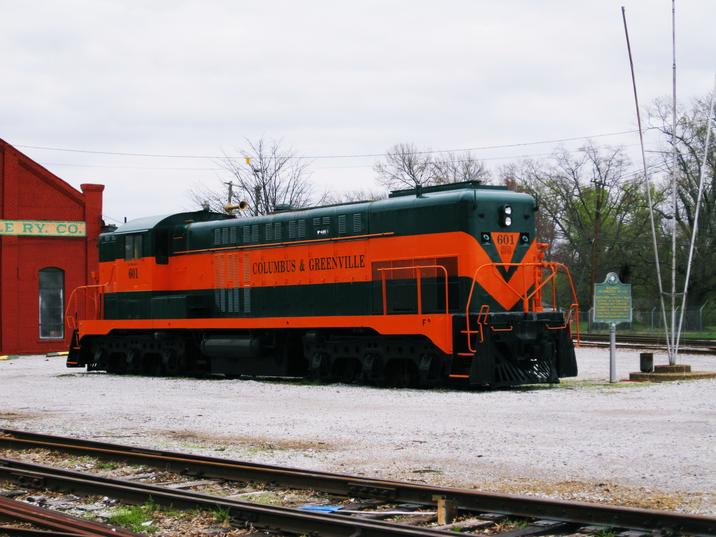