A preserved RS-4-TC at the Northwest Railway Museum. 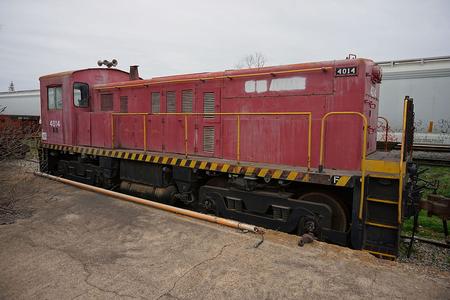 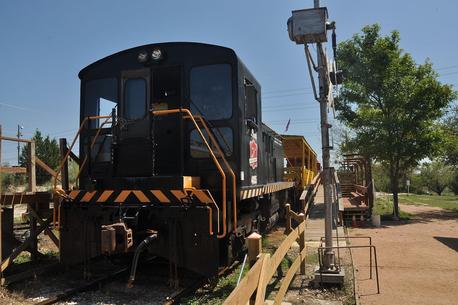 A BLW RS-4-TC at the Texas Transportation Museum in San Antonio, Texas. 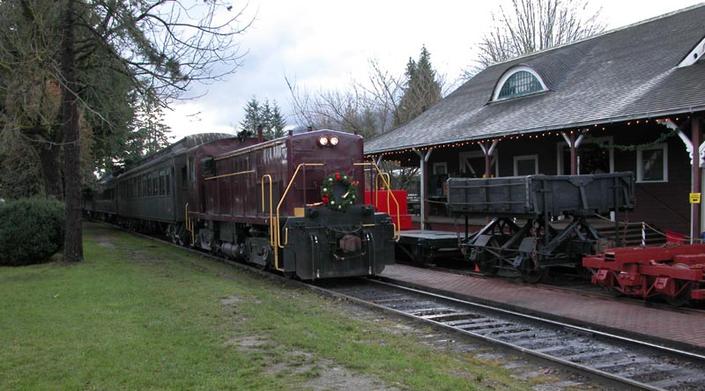 Baldwin RS-4-TC Diesel-Electric Locomotive
The Baldwin RS-4-TC is a diesel-electric locomotive (switcher) built by Baldwin Locomotive Works between July 1953 and January 1955. The RS-4-TCs were powered by a supercharged twelve-cylinder diesel engine rated at 400 horsepower (298 kW), and rode on a pair of two-axle trucks in a B-B wheel arrangement. 74 of these models were built mainly for the Army while a few of them went to the Air Force.

History
The RS-4-TCs were originally built with Caterpillar D397 diesel engines. The Caterpillar D397s were chosen for their high speed and small bore and stroke for quick startup and shutdowns. There are two number systems for the RS-4-TCs, the 1200 series or the 4000 series. The locomotives in both series were the same, except the 1200s were built for domestic service and had fixed axle, standard gauge trucks while the 4000s were built for foreign service and had adjustable-gauge trucks for use on foreign narrow and wide gauge tracks. Even though the 4000s were built for foreign service, very few were actually deployed overseas, the vast majority served in the United States.

At the end of the Korean War, most RS-4-TCs were placed into storage while their World War II counterparts were sold as surplus. Today, the majority of RS-4-TCs have been sold as surplus and are currently serving tourist and shortline railroads with a few still in military service.