A BL36PH in service for Tri-Rail.

Brookville BL36PH Diesel-Electric Locomotive
The Brookville BL36PH is a four-axle diesel-electric locomotive for commuter trains, designed by Brookville Equipment Corporation. It is built with an MTU 20V4000 V20 engine rated at 3,619 horsepower (2,699 kW) to meet EPA Tier 3 emissions standards. It was the first North American passenger locomotive designed with a 20-cylinder engine since the EMD SDP45 and EMD FP45, originally built in the 1960s. Head end power is generated by a separate, smaller diesel (Caterpillar C-18) gen-set and is rated at 500 kW (670 hp). The outer shell of the locomotive has been designed by Cesar Vergara, who has also designed the outer shells of several other North American passenger locomotives, including the MPXpress and the EMD F59PHI. 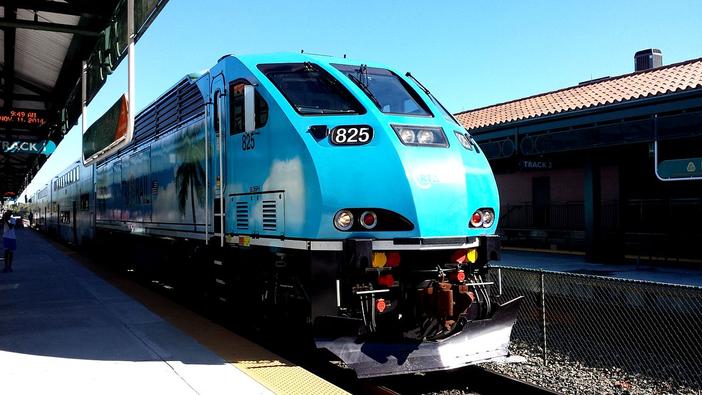