They were built to haul the road's famous "400" express passenger trains, but before they were even delivered the railroad's management decided that streamlined steam was the wrong direction and instead placed orders with General Motors Electro-Motive Division for new diesel locomotives. The displaced E-4.s instead worked other trains until they were withdrawn from service in 1953 and scrapped. The nine E-4s were almost identical in specification and purpose to the Milwaukee Road's six class F7 locomotives, and they were built by the same builder at the same time, yet they were different in almost every detail of design.

In fiction
Speedy from the animated children's television series Chuggington is based on the CNW Class E-4 minus the tender. 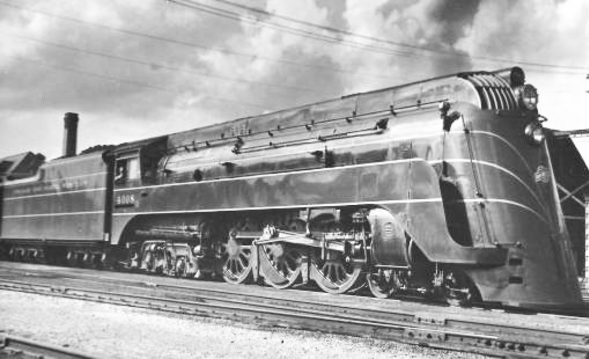