The Canadian Pacific Railway built two classes of 4-4-4 "Jubilee" locomotives. Both were semi-streamlined, in a similar fashion to the 4-6-4 "Royal Hudson" and 2-10-4 "Selkirk" locomotives. The F2a was styled after the Milwaukee Road "Hiawatha" 4-4-2 "Atlantic", but with a 4-wheel trailing truck to support a longer firebox.

Class F2a consisted of five locomotives, Nos. 3000-3004. They can be most easily distinguished from the other type through the main rods being connected to the leading pair of drivers. Some trouble was discovered with this arrangement, as they had a tendency to bend the main rods in reverse. However, they did hold the Canadian record for speed, at 112.5 mph, during a braking test. The pilot was smoothly rounded and streamlined, with two stainless-steel bands. None of this group survive.

Class F1a consisted of twenty locomotives, Nos. 2910-2929. These had the main rods connected to the trailing set of drivers, and a more regular pilot, with a straight pilot beam, a drop-coupler sheet steel pilot below that, and a more regular front deck. Two of this class of locomotive, No. 2928 and No. 2929, have survived. No. 2928 is at the Canadian Railway Museum in Delson, Quebec, while No. 2929 is at Steamtown National Historic Site in Scranton, Pennsylvania. 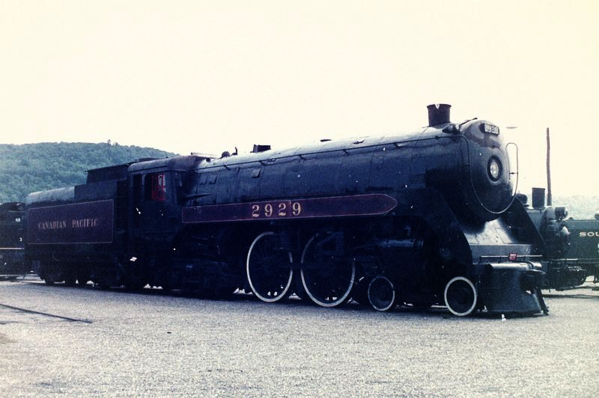 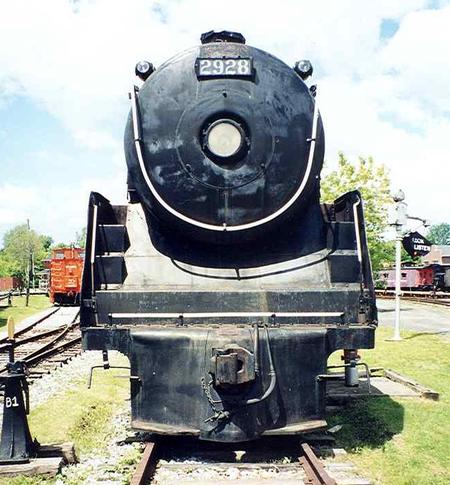 By petersent (Own work (I took this photograph)) [Public domain], via Wikimedia Commons