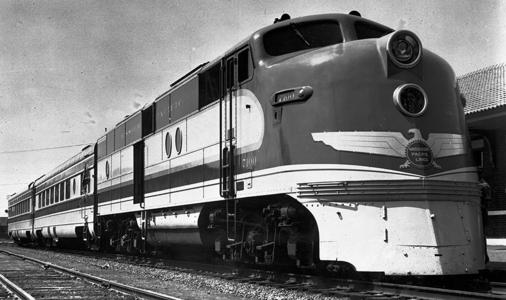 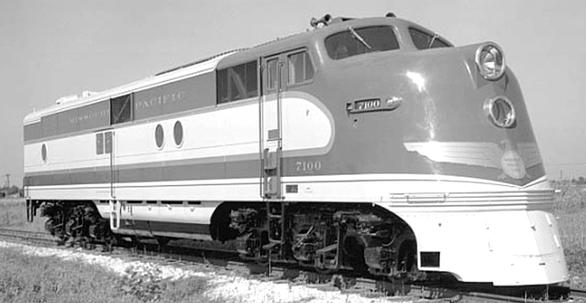 One such was a single locomotive built for the Missouri Pacific Railroad, delivered in August 1940, numbered No. 7100. MP 7100 was built for service with the Delta Eagle passenger train, which ran between Memphis, Tennessee and Tallulah, Louisiana, and also the Dixie Eagle.

Since the two-car train the unit would have to haul was comparatively light, the AA was built with only one 1,000 hp EMD 567 V12 prime mover, and a baggage compartment where the second diesel would have been.