Details and usage
The DE30AC and DM30AC locomotives replaced aging GP38s, Alco FA1/FA2s, F7As and F9As, and MP15AC and SW1001 locomotives, with GP38s used to push and pull diesel trains and other locomotives used to provide Head End Power for the trains. The bodies of the DE30AC and the DM30AC are similar; the difference is the ability of the DM30AC to use electric third rail while the diesel engine is off, enabling the locomotive to use the East River Tunnels into New York Penn Station. DM30ACs have third rail contact shoes, permitting direct service from non-electrified lines in eastern Long Island via the western electrified main lines all the way to Penn Station. A few such trains a day run on the Port Jefferson, Oyster Bay, and Montauk branches.

Single engines run with 6 cars or fewer and engines are generally placed on the East (Montauk) end of the train. Generally two engines are used when there are 7 or more cars. Of the original 46 locomotives, 45 are still in use: #503 (DM30AC) was damaged in an accident at Huntington on October 23, 2000, when it hit a shopping cart on the tracks, which shorted out the third rail and caught fire. It currently sits in the LIRR's Morris Park yard and has been stripped for spare parts to maintain the remainder of the fleet. #507 (DM30AC) suffered an electrical cabinet failure and was converted into DE30AC #423 at the Morris Park Facility. 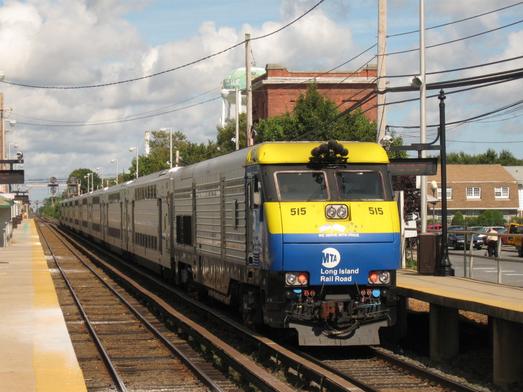