EMD SD60 locomotive No. 1870 of the Panama Canal Railway.

By Youngiovani (Own work) [CC BY-SA 3.0 (http://creativecommons.org/licenses/by-sa/3.0)], via Wikimedia Commons 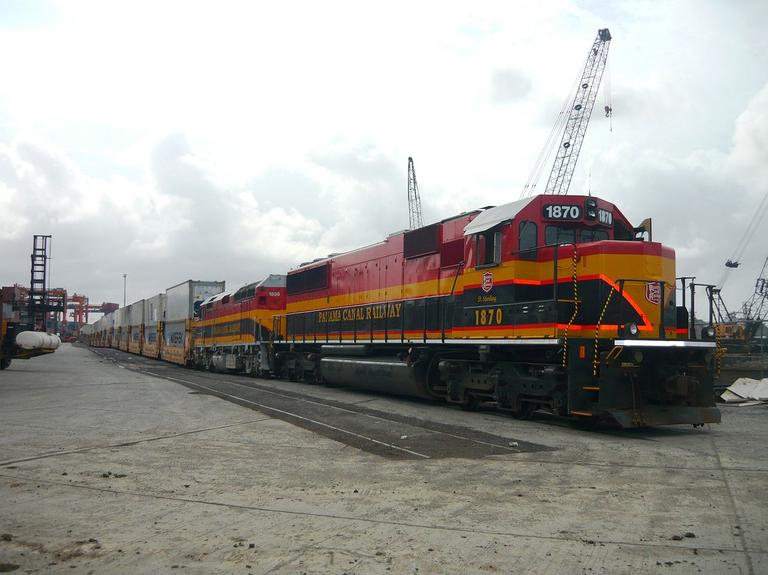 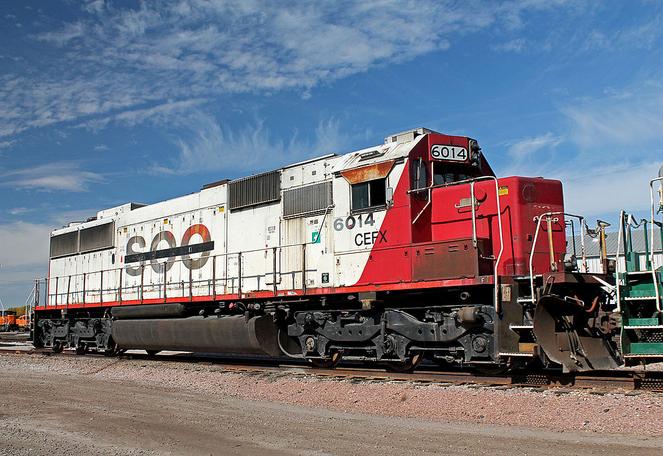 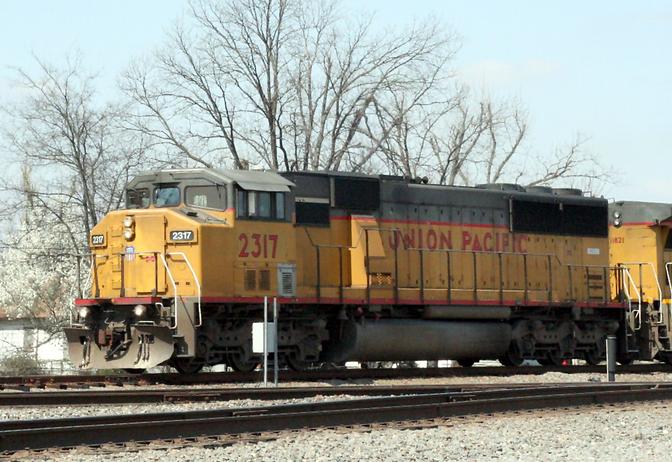 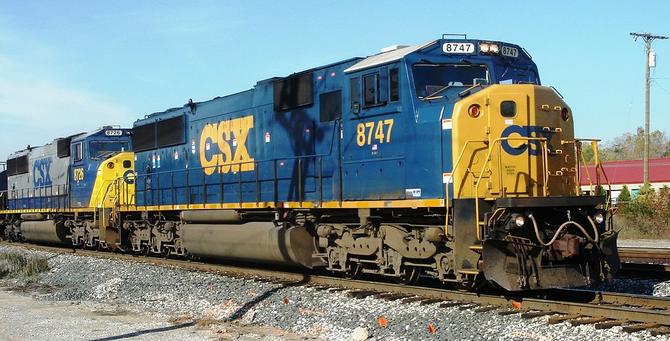 History and Development
The development of the 16-cylinder EMD 50 and 60 series locomotives in the late 1970s and early 1980s was spurred by the introduction of 3,600 horsepower (2,700 kW) 16-cylinder GE B36-7 (B-B) and GE C36-7 (C-C) locomotives by EMD's main competitor General Electric. EMD previously manufactured the 3,600 hp (2,700 kW) 20-cylinder SD45 and SD45-2 locomotives, but they had a reputation for high fuel consumption. In 1980, the SD50 model was added to the EMD Catalog. However, the SD50's electrical reliability was poor and, similarly, the 3,500 horsepower (2,600 kW) 16-645F engine had poor mechanical reliability, both believed to be largely due to excessive vibration from the 950 maximum rpm of the 645F prime mover. It was time to develop a replacement for the venerable 645 engine which, in its earlier 16-645E form, had proved to be exceptionally reliable. EMD therefore quickly commenced development of the SD60 series, which would eliminate the weaknesses of the SD50. The lessons learned in developing the 645F crankcase and crankshaft (for the earlier 20-645E, and the then-current 16-645F) were incorporated in the replacement, the 710G, first employed in the SD60. Although the carbody and frame are nearly indistinguishable from the earlier SD50, the SD60 featured the new 16-cylinder EMD 710G3A prime mover, AR-11 traction alternator, D-87 traction motors and a microprocessor-based control system that governed various electrical systems within the locomotive (e.g., wheel slip and transition).

The SD60 proved to be more reliable and fuel-efficient than the SD50, but it was not a resounding success in terms of regaining the market share that was lost due to the electrical and mechanical issues that plagued the earlier SD50. The goal was to equal or exceed the reliability of the earlier 645E-powered 3,000 horsepower (2,200 kW) SD40-2, which was an industry standard benchmark for reliability, in the new 710G-powered 3,800 horsepower (2,800 kW) SD60. This goal was largely achieved and the later 710G-powered 4,000 horsepower (3,000 kW) SD70M received what would be the largest single order for new locomotives, a 1,000 unit order from Union Pacific, (numbered UP 4000 through 4999, inclusive), which was later extended by nearly 500 additional SD70M units (numbered UP 3999 and below, and UP 5000 and above), and by nearly 1,000 additional units if UP's SD70ACe orders are included.

As an indication of its sound design, many SD60s are now being re-manufactured by their owners or by subcontractors for another 30 years of trouble-free service, 240 such units by Norfolk Southern alone, some of which will be acquired on the secondary market from locomotive lessors. These NS conversions are reported to be upgraded to include electronic fuel injection, intercooling, "crash-worthy" fuel tanks and other components and features found in late SD70s. The traditional "spartan" cab will also be replaced with a new "crash-worthy" cab built to NS specifications ("Crescent cab"). Early units were completed at the original SD60's 3,800 HP rating, but all were later uprated to the SD70's 4,000 HP rating, thereby becoming for all intents and purposes the equivalent of a late SD70M, but at a fraction of an SD70M's cost.

Several variants of the SD60 were built, including:

SD60
This was the original model, and had a conventional hood unit configuration with the 40 Series (spartan) cab first employed on the SD40-2.

SD60F
The SD60F was ordered and is operated by Canadian National and has a full-width cowl body and crashworthy "safety cab" with a four-piece windshield.

SD60I
The SD60I model has a full-width short hood and features the so-called "WhisperCab" that was insulated from sound and vibration using a system of rubber gaskets. The same cab was later used on EMD's SD70I, SD75I, SD80MAC and SD90MAC locomotives. Only Conrail ordered this model, and all now belong to the Norfolk Southern Railway and CSX Transportation.

SD60M
The SD60M features a "North American safety cab" design and has a full-width short hood. Early models featured a three-piece windshield with vertical windows (nicknamed "triclops"), identical to the windshields found on EMD's SD40-2F and F59PH models. Later production used two windshield panes that were sloped back, and had a somewhat shorter nose. EMD's F59PH is based on the SD60M. Purchasers of this model included Conrail, Union Pacific Railroad, Burlington Northern Railroad and the Soo Line Railroad.

SD60MAC
The SD60MAC is similar to the SD60M but is equipped with alternating current traction motors. Although four demonstrator SD60MAC units tested on the Burlington Northern Railroad proved the viability of EMD's AC traction system, all subsequent orders were for the SD70MAC locomotive.

SD60E
The SD60E is a custom rebuilt SD60 for Norfolk Southern created at the Juniata Shops. So far, only standard SD60s have entered this rebuild program, which began in 2010. The SD60E utilizes a new NS-designed "Crescent" cab with a wide short hood, replacing the "spartan" cab. The name Crescent comes from the Norfolk Southern Crescent Corridor which runs from Louisiana to New Jersey. The upgrade also installs new electronics and upgrades the engine to the 710G3B standard rated at 4000 hp. Norfolk Southern bought additional SD60s from HLCX (Helm Financial Corporation) specifically for the SD60E program with the aim to eventually rebuild 240 SD60Es.

Demonstrators owned by EMD but painted for BN; Now with CSX.

Notes:  Built to SOO Line specifications; SOO was unable to take delivery due to financial conditions & the order was passed to C&NW.

Notes:  Slowly rebuilding their SD60s to SD60Es at Juniata Shops

Notes:  Manufactured by Equipment Villares S. A. (EVSA) in 1991. Last locomotives manufactured by EVSA before the merger with GE Transportation in Brazil, leading to GEVISA.