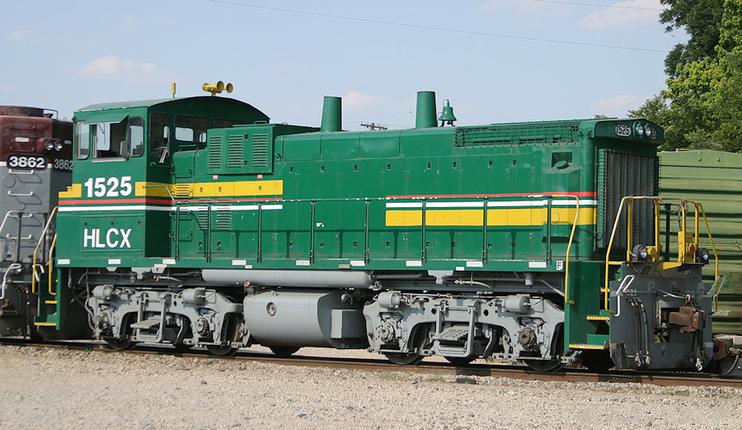 EMD SW1504 Diesel-Electric Locomotive
The EMD SW1504 is a 1,500 hp (1,119 kW) diesel locomotive built by General Motors' Electro-Motive Division. The type was sold only to Mexico's national railroad, Ferrocarriles Nacionales de México; 60 examples were built between May and August 1973. With the breakup of NdeM, the locomotives have passed to the variety of successor railroad operators in Mexico, some have been sold to leasing companies in the USA.

The SW1504 was fundamentally a SW1500 mounted on EMD's Blomberg trucks, instead of the Flexicoil trucks or switcher trucks available on the SW1500. The Blomberg truck, universally used on EMD's larger four-axle units, was larger than the Flexicoil truck and required a 2 ft (610 mm) increase in overall length. These locomotives were in many respects a transitory design between the SW1500 and EMD's later MP15DC.

The spotting clues are the Blomberg trucks and the ventilation slots in the large box on the long hood between the rear stack and the front of the cab. 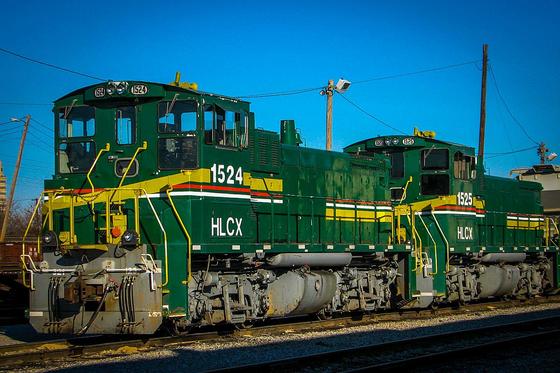