FM H-16-44 Diesel-Electric Locomotive
The FM H-16-44 was a road switcher produced by Fairbanks-Morse from April 1950 – February 1963. The locomotive shared an identical platform and carbody with the predecessor Model FM H-15-44 (but not the FM H-20-44 end cab road switcher which used a different carbody and frame and a larger prime mover), and were equipped with the same eight-cylinder opposed piston engine that had been uprated to 1,600 horsepower (1,200 kW). The H-16-44 was configured in a B-B wheel arrangement, mounted atop a pair of two-axle AAR Type-B road trucks with all axles powered. In late 1950, the AAR trucks were almost exclusively replaced with the same units found on the company's "C-liner" locomotives.

As with many of their F–M contemporaries, the H-16-44s produced through 1954 (ATSF No. 3010 for example) featured numerous Raymond Loewy design touches, in this case largely manifested in the form of sloping body lines and a noticeable protrusion in the long hood around the radiator shutters. Cab side window units include inoperable "half moon"-shaped panes, resulting in an oblong-shaped assembly. To reduce manufacturing costs, the curved window panes were eliminated from later models, and from 1953 onward the raised, elongated headlight mounting was omitted. Units built in the "Spartanized" fashion can be spotted by their straight ends, coupled with the lack of superfluous trim. Ventilation slots were added at the battery box to reduce the possibility of explosions. The final production phase, which commenced in March 1955, turned out units that most closely resembled the Fairbanks–Morse "Train Master" series.

209 were built for American railroads, 58 were manufactured from March 1955 – June 1957 by the Canadian Locomotive Company for use in Canada, and 32 units were exported to Mexico. Only three intact examples of the H-16-44 are known to survive today; one is the property of a Canadian railroad historical society, while the others are owned by Chihuahua al Pacífico and displayed in front of two of their depots in Mexico (at least one has also been put to use by the motion picture industry, and was seen dressed out as "SCOP No. 101" in the town of Nuevo Casa Grande in May, 1988). 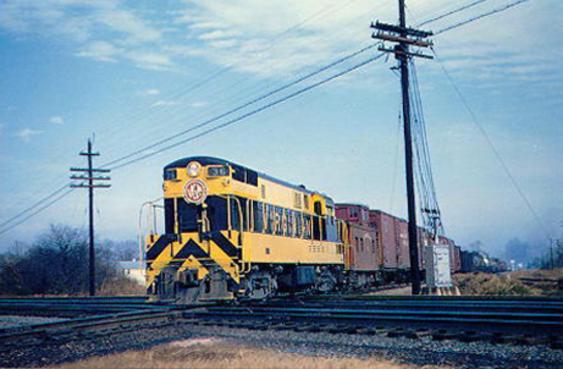