Spec card photo of GE-IR-Alco Boxcab locomotive built for the Reading in 1928.

Foley Brothers 110-1 sitting on the siding in Portola, CA across from the Western Pacific Railroad Museum. The flatcar has an extra set of flangless wheels on each of its trucks to handle the heavy locomotive.    By David Brossard - Locomotive on flatcar, CC BY-SA 2.0, https://commons.wikimedia.org/w/index.php?curid=49626617

Reverse side of spec card for Reading No. 51. 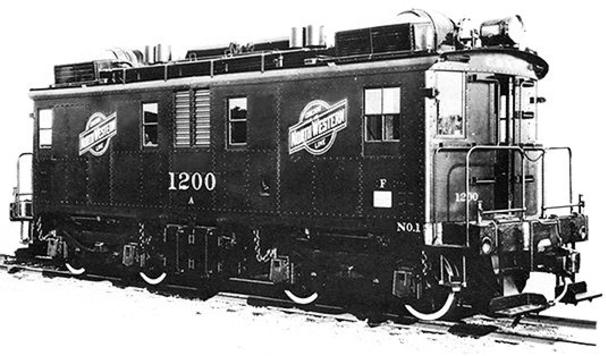 Erie Railroad's GE-Ingersoll Rand diesel-electric locomotive with road number 25 completed in April 1931. The locomotive pictured was the only built 800 hp unit built and was 1950 rebuilt as a yard slug before being scraped in the early 1970s.

Foley Brothers GE-Ingersoll Rand 110-ton diesel-electric locomotive with road number 110-1 delivered in January 1930. The locomotive worked a coal mine in Coalstrip, Montana and was outphased in the 1950s or 60s. The locomotive is preserved in the California State Railroad Museum in Sacramento.

GE Ingersoll-Rand Boxcab Locomotives
The GE boxcabs , sometimes also GE IR boxcabs, were diesel-electric switcher locomotives succeeding the ALCO boxcabs. The locomotives were built by General Electric and Ingersoll Rand without ALCO. Production lasted from 1928 till 1930. These boxcabs were often termed oil-electrics to avoid the use of the German name Diesel, unpopular after World War I.

History
In 1912 GE combined for the first time an internal combustion engine with electric traction motors. Impetus for wider adoption of this technology was provided by improved control systems introduced around 1920 and the State of New York's Kaufman Act, which banned the use of steam locomotives within the New York metropolitan area. A consortium consisting of ALCO, GE and Ingersoll Rand started series production of the ALCO-Boxcabs in 1925. ALCO dropped out of the arrangement in 1928, after acquiring their own diesel engine manufacturer in McIntosh & Seymour and went on to start its own line of diesel switchers. GE and Ingersoll Rand went on with the production of the former ALCO boxcabs, but without ALCO. The locomotives were built in the GE plant in Erie, Pennsylvania, except the unit for Canadian National Railway (CN), which was built by the railroad itself in their workshop. In total 17 were built.

All models have chassis and running gear, generator, traction motors and controls from GE, and Ingersoll Rand provided the diesel engine. The principle of operation was the same as modern locomotives, the diesel engine driving a main generator of 600 volts DC with four axle-hung traction motors. In contrast to the ALCO boxcabs having a design with side doors and ladders the GE boxcabs have front doors and end platforms with steps. The underframe was cast iron. The radiator system was sitting on the roof of the locomotive. At each locomotive end a GE Model CD65 motor with a Sturtevant multivane fan was pressing air through the radiators.

Four models were produced with two models in series production and two versions only produced once:

Surviving examples
The only surviving GE boxcab is the 100-ton unit built in December 1929 and delivered to the contractor Foley Brothers in January 1930. It was used with the road number 110-1 for pulling coal trains in a Northern Pacific Railway owned mine in Coalstrip, Montana until it was withdrawn sometime in the 1960s. It was later acquired by the Western Pacific Railroad Museum in Portola, CA. In December 2011 it was moved to the California State Railroad Museum in Sacramento, CA.