Specifications
All models of the Dash 7 Series are powered by a 12-cylinder or 16-cylinder, turbocharged, GE 7FDL 4-stroke diesel engine carried over from the Universal Series, and have speed-based adhesion control with a multi-channel LED annunciator panel.

Construction History
The Dash 7's predecessor, the Universal Series, had been introduced in the 1950s, and with its innovative body structure, it had initially been greeted favorably by the market. However, GM-EMD had then developed the GP30 model to compete with it; GP30 production had commenced in 1961. Over many years, the GP30's reliability had given it a sales advantage, and when EMD introduced its successor, the Dash 2, in 1972, the Universal Series became completely obsolete. The Dash 7 Series was intended to redress the ensuing imbalance between the two competing manufacturers.

Nomenclature
The naming of the Dash 7 Series, and that of its various models, is based upon wheel arrangement and power output. So, for example, "B30-7" designates a B-B configured 3,000 hp (2,240 kW) Dash 7 Series locomotive.

B23-7
This model was manufactured between 1977 and 1984 and was fitted with a 12-cylinder 7FDL12 engine. It replaced GE's U23B, and competed with the very successful EMD GP38-2. A total of 537 B23-7s were built for 9 U.S. customers and 2 customers in Mexico. These engines are frequently rebuilt as a Control Car Remote Control Locomotive (CCRCL), due to their low value on the used locomotive market. Southern Railway's 54 units had Southern's "standard" high-short-hoods. Power output: 2,250 hp (1,680 kW).

BQ23-7
The BQ23-7 model was a variant of the B23-7 built between 1978 and 1979. It was mechanically identical to the B23-7. The 'Q' in the model designation stood for "crew Quarters", and referred to the model's enlarged operating cab for accommodating the train crew. Only ten were built, all for the Seaboard Coast Line railroad. They were nicknamed "Busses" by the operating crews and "Aegis Cruisers" by some railfans, due to their boxy shape. Power output: 2,250 hp (1,680 kW).

B36-7
The B36-7 model was manufactured between 1980 and 1985, and was fitted with a 16-cylinder 7FDL16 engine. The model was designed as a successor to the U36B. A total of 222 B36-7's were built for North American railroads, and a further eight units were delivered to a Columbian coal mining operation. The largest customer for the model was Seaboard System, which became part of CSX Transportation in 1986. Seaboard System took delivery of 120 B36-7s; the model's second biggest customer, Conrail, acquired 60 units. Power output: 3,600 hp (2,680 kW). 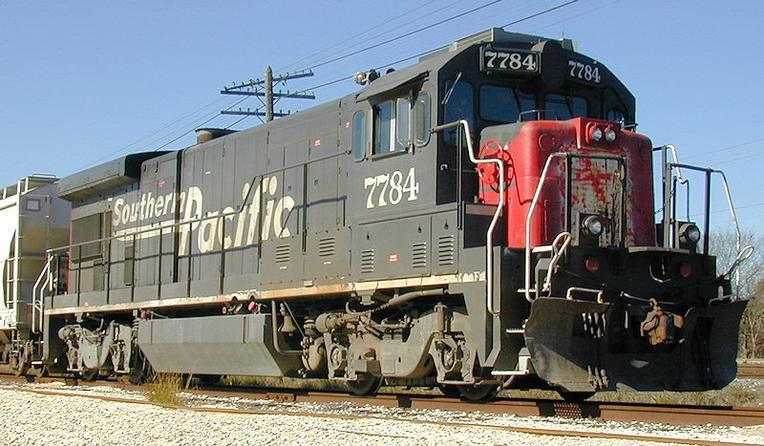