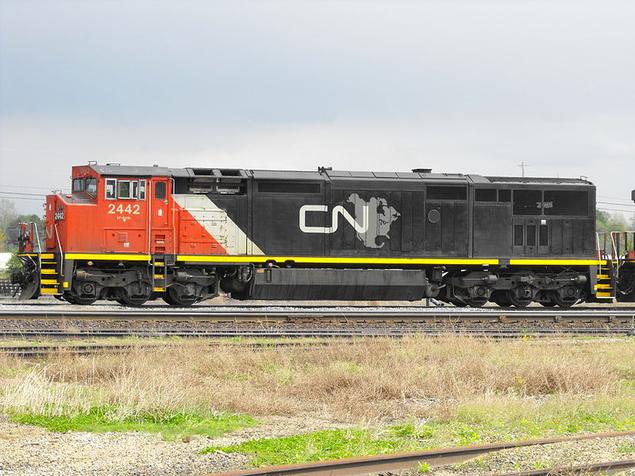 Mechanically identical to the Dash 8-40CW, the Dash 8-40CM was constructed only for Canadian railways, with a production total of 84 units. It is distinguished from the Dash 8-40CW by the addition of a full-width cowl body and the use of a Canada-specific nose and windshield configuration. The trucks also differ; all units built ride on Dofasco trucks identical to locomotives built by Montreal Locomotive Works, Bombardier, and Morrison-Knudsen.

Notes: to CN with BCOL reporting marks. All have cab bell.

Notes: Half with cab bell other half does not have nose bell.