The locomotive is designed to meet Tier 2 emissions standards. All of the Dash 8.5-40CW's excluding 8500 and 8505 have been rebuilt with the Norfolk Southern-designed wide-nose RLS cab which meets current FRA crash-worthiness standards. 8500 was rebuilt with an SD60E style Norfolk Southern-designed Crescent cab while 8505 was rebuilt with an ES44AC style GE cab. They have been equipped with the Traction and Engine Control Unit (TECU) from TMV Control Systems, upgraded from Manual Fuel Injection (MFI), to Electronic Fuel Injection (EFI), and equipped with NS-designed split cooling system.The rebuild also includes the installation of locomotive speed limiter (LSL), and cab signals. The traction motors were upgraded from GE752-AG to GE752-AH. They were also equipped with CCB 26 electronic air braking system, and an electric parking brake. PTC has also been installed.

As of April 2016, the program has been canceled. Norfolk Southern experienced many problems with the first of the locomotives. As a result, all 9 of the operational locomotives were added to the active roster in "as is" condition for testing. As of August 3, 2016, 5 out of 10 completed were stored, but still on the active roster. Norfolk Southern will finish the units that have started rebuilding, but will start no more.

History
The units that have been rebuilt were all Norfolk Southern GE Dash 8-40C's with some being ex-Conrail. They were built in the late 1980s and were getting old and some had deteriorating cabs; one of the primary reasons for the rebuilds. The rebuilds also include emissions upgrades with an engine rebuild and upgrade with new systems, such as electronic fuel injection. The units are also getting new computer systems to improve efficiency.

Due to many problems with the locomotives, the program was discontinued in 2016, and the remaining Dash 8's were phased out with the delivery of new ET44AC and ES44AC locomotives in mid-2016, last remaining Dash 8-40C's on the roster were retired in March 2017. 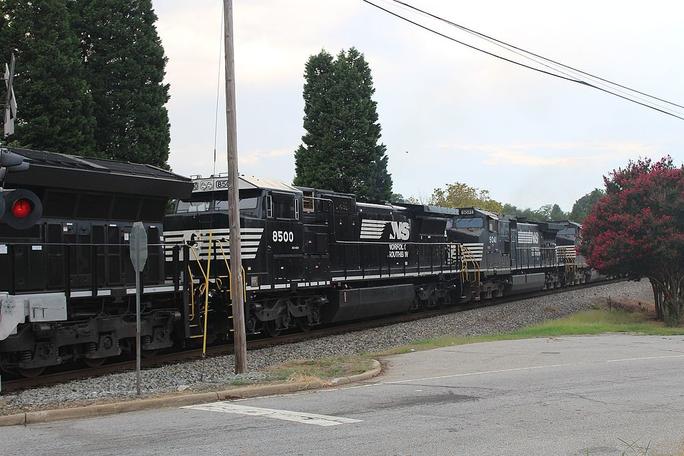